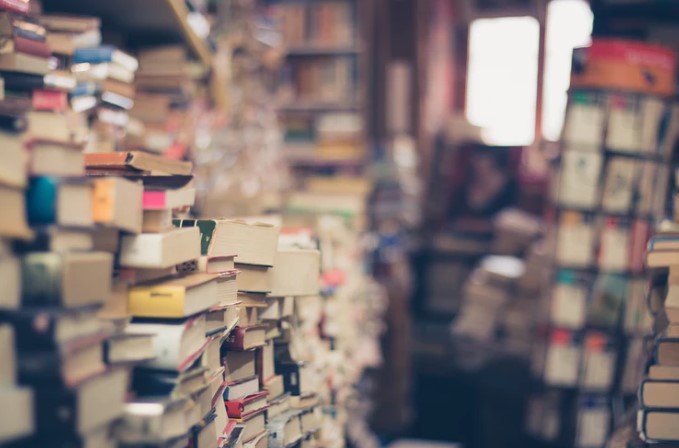 There aren’t many of us who can click past the A&E show “Hoarders” when channel surfing on a quiet night. The crazy stockpiling and chaotic clutter depicted are so horrifying and extreme, they’re way beyond the Marie Kondo point of deciding whether or not each item sparks joy, then sending it on its way. These people are usually buried neck-deep in stuff!

And while you may believe that you or your loved ones would never go to that extreme, there’s likely a small voice inside you saying, “But they had to start somewhere—and my closet/mom’s garage/the backyard shed is a mess. Is that how it all starts?”

Few are better qualified to help you evaluate your budding hoarding tendencies than “Hoarders” host Dorothy Breininger. This award-winning expert has been helping hoarders clean up their acts since Season 1 in 2009, and is set to tackle her biggest challenge yet in the upcoming season, which premieres on Tuesday.

The situations this season are so extreme that each of the five episodes—taking place in Florida, Washington, Indiana, Massachusetts, and Alaska—lasts two hours! It takes the experts that long to help families understand the impact of this devastating mental disorder, while racing against the clock to clean the hoards and avert crisis.

In an exclusive interview with realtor.com®, Breininger revealed this surprising tidbit: Even if you don’t have to clean out your house with a pitchfork, that’s no guarantee there isn’t a little hoarder in you, too.

In other words: That attic or storage unit where you hide you stuff could be a sign you’re on the edge.

Worried? To help you figure out if your mess could mean something more, Breininger gave us some questions to ask ourselves or someone we love that might indicate that there are hoarding issues going on. If the answer is yes to a bunch of these things, beware

You keep things you no longer use—and never will

Breininger lists collections of things that are dirty, broken, or ignored, such as unopened mail, electronic equipment that doesn’t work (like VCRs and old computers), as well as piles of dirty laundry, or even new clothes with the tags still on them.

“I have beautiful, well-heeled clients who have gorgeous homes, and they won’t allow you to go into certain rooms, because they are completely hoarded,” says Breininger. “Sometimes they’re what I call ‘happy hoards’ of valuable items or collections that haven’t been attended to, but they’re still hoards.”

On the other end of the spectrum, she says, there are people who can’t let friends or family in because the doors and windows are obstructed. She had to enter one New York apartment through a window, and crawl on hands and knees through tunnels of junk to begin solving the problem.

You can’t eat at your dining table, or shower in your tub

Hoarders tend to pile things on top of and underneath their dining tables to such an extent that they can’t pull up a chair and dine on them. They also sometimes use their showers as storage cabinets, and pile items in their bathtubs. Woe be unto the hoarder who has only one bathroom! In extreme cases, they’re not bathing, and this could be another sign.

Your window covers hide the junk within

Breininger says you can sometimes tell a hoarder house from the outside if there are blankets, towels, or blackout curtains tacked up that appear to be hiding something or blocking the view. Also, if there appears to be something on the other side of the curtains pushed up against them or catching or pulling on them, it could indicate that there’s such a big hoard it’s pressing up against the walls and windows.

Your gas, electricity, or cable has been turned off more than once

Hoarders often lose their bills in heaps of junk and aren’t organized enough to pay them. In extreme cases, they don’t want utility reps in their house to turn them back on.

You’re reluctant to allow repair professionals inside your home

Hoarders tend to put off calling in all sorts of professionals to fix plumbing problems and appliances, because they “have a fear of technicians coming in to see the house,” Breininger says.

Your home has a musty, moldy odor

If your house stinks and it’s been that way for a while, chances are you’ve gotten used to it and barely notice it. But if other people are taken aback when they walk in and they tell you about it, you may well be inadvertently hoarding mold.

Takeout containers don’t always make it to the garbage, or fridge

Oddly enough, Breininger says hoarders often get takeout from restaurants, and then just leave the containers out around the house, rather than putting them in the refrigerator or trash. That pizza box hiding under your bed? Yup, that counts. And this can lead to our next problem…

You’ve got a major mouse problem

Your sleep patterns have changed

“People who hoard tend to stay up at night and churn through their stuff, then sleep by day,” says Breininger. If you drop by Grandma’s to take her out to lunch and she’s still in her nightie and can barely open the door because there’s so much junk in the way, it might be time for an intervention.

Self-care has become a struggle

Hoarders often wear dirty, stained, or ripped clothes because they can’t find better ones in their piles of junk, or because their sinks or washers are inaccessible or broken. Sometimes they can’t even bathe because of the junk in their tubs or showers. And then there’s the problem of being so disorganized they miss doctor appointments. Some can’t even eat fresh food because their refrigerators are broken or blocked.

“If you’re not able to use your home and the rooms in it the way they are meant to be used because there’s too much stuff in them, that’s a problem,” says Breininger.