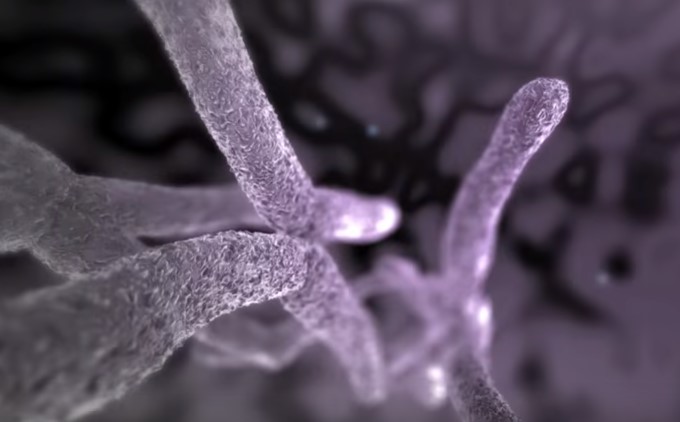 Hepatitis A and B

Hepatitis is the medical term for inflammation of the liver. Hepatitis may be acute (lasting only for the short term, after which a person recovers) or chronic (lasting for the long term, usually more than 6 months).

Hepatitis A and B infections are much more common in developing parts of the world. In Canada, hepatitis A and B are reported to infect about 300 and 150 people, respectively, per year. Since many infected people have no symptoms, however, we can assume the true rate of infection is higher than this.

Hepatitis A is mainly transmitted through the fecal-oral route. That means infected people shed viruses in their feces. If they don’t observe proper hygiene, the virus can end up on their hands. It’s then spread by food they’ve handled, the surfaces they’ve touched, or sometimes by touching other people who then bite their nails, handle their food, and so on. It can also infect people through contaminated water.

Although less common, you can also get hepatitis A from direct contact such as through sexual contact, or by sharing needles. Though many people who are infected have no symptoms, they can still pass on the disease.

People at high risk for hepatitis A include:

Hepatitis B is spread by blood and body fluids. The main routes of transmission are through sexual contact, sharing needles, tattooing and body piercing, and from a mother to her baby during childbirth. Hepatitis B has an additional complication – some infected people become lifelong carriers, whether they have symptoms or not. Many infected people are asymptomatic (without symptoms) but can pass on the virus. These chronic carriers are at increased risk of liver failure and liver cancer.

People at high risk for hepatitis B include:

Hepatitis A has an incubation period (the time between infection and first symptoms) of 2 to 6 weeks. Hepatitis B only shows itself after 2 to 6 months. Most people with hepatitis A and B infections have mild or no symptoms.

For people who get symptoms, flu-like warning symptoms (called a prodrome) often appear about 3 to 10 days before liver symptoms arrive. Symptoms include low-grade fever, muscle aches, loss of appetite, nausea, vomiting, and fatigue. Smokers may find they suddenly dislike smoking. In hepatitis B, these symptoms may be accompanied by joint pains and skin eruptions resembling urticaria (hives).

After this, the urine may darken and jaundice may appear. In jaundice, the skin and the whites of the eyes take on a yellow tint. The inflamed liver is not able to perform its usual metabolic functions so that a substance called bilirubin (a byproduct from old red blood cells that also causes bile to be yellow) builds up in the body. Bile is a fluid secreted by the liver that contains cholesterol, bile salts, and waste products such as bilirubin.

Usually, you start to feel better when the jaundice arrives, even though you continue to look worse. The jaundice only lasts for about one week in hepatitis A infection. After that you start to recover and will generally feel and look yourself again within a month. Rarely, hepatitis A may come back briefly a month later, but won’t last long, as hepatitis A does not cause chronic infections. After recovering from hepatitis A, you’re immune for life.

With hepatitis B, the jaundice lasts for about two weeks. Although most people clear the infection and recover completely from a hepatitis B infection, some people do not clear the infection from their systems. If this happens, you will probably not have any symptoms, but you’ll be a lifelong “carrier” and must take special precautions such as warning sexual partners. You may also suffer from chronic liver inflammation (chronic hepatitis) for the rest of your life.

Chronic hepatitis B is most likely to occur in infants (around a 90% chance if infected in the first year of life) and least likely in infected adults (5% chance overall). It can lead to cirrhosis (scarring) of the liver. It also increases the risk of developing liver cancer and liver failure.

Both hepatitis A and B are diagnosed by taking a blood sample, which will be sent to a lab to determine if you have antibodies in your blood specific for those viruses. If you do, then you have been exposed to hepatitis A or B.

In hepatitis B, the lab will also examine whether your blood contains any hepatitis B antigens (proteins on the surface of the virus that help your immune system recognize infections).

Along with blood tests and other tools (e.g., liver enzyme and function tests), your doctor will do a physical examination and ask you questions about your symptoms to make a diagnosis.

Most people with hepatitis A or B will recover without treatment within 4 to 8 weeks after symptoms start.

There are vaccines against both hepatitis A and B. These vaccines have been shown to be very effective at preventing infection. Anyone who is at risk of getting these viruses should be vaccinated. Canadian schools have hepatitis B vaccination programs.

The government estimates that at least 100,000 Canadians are chronic carriers of hepatitis B. You can also reduce the risk of hepatitis B by not sharing personal care items that may be contaminated with blood (e.g., razors, toothbrushes) and by ensuring that tattoos and piercings are performed with cleaned and sterilized equipment. Good personal hygiene can also help prevent the spread of hepatitis A.

If you are exposed to hepatitis A or B (e.g., you have recently had sexual intercourse with someone infected with hepatitis A or B), you may also be eligible to receive immune globulin, which contains antibodies that may help prevent and decrease the severity of hepatitis A or B infections. Immune globulin is most effective if given as soon as possible after the exposure.

Pregnant women are routinely screened for hepatitis B. If it’s found, some women may be treated with oral medications during the pregnancy. The baby is given hepatitis B vaccination and also immune globulin, a preparation made from the immune blood of someone who was previously infected.

Antiviral medications such as tenofovir* and peginterferon alfa, along with some others, can be used to treat some people with chronic hepatitis B. These medications do not cure the condition or stop it from being passed on to others, but they may reduce virus levels and activity, which can help reduce the signs of liver damage. In cases with severe liver damage, a liver transplant may be necessary.

People who have been diagnosed with hepatitis A or B should avoid alcohol as it can worsen the liver damage. They should also make sure their doctor knows all medications that they take, including over-the-counter and herbal drugs, because some medications may be harmful to the liver.

#health #Hepatitis A and B #news