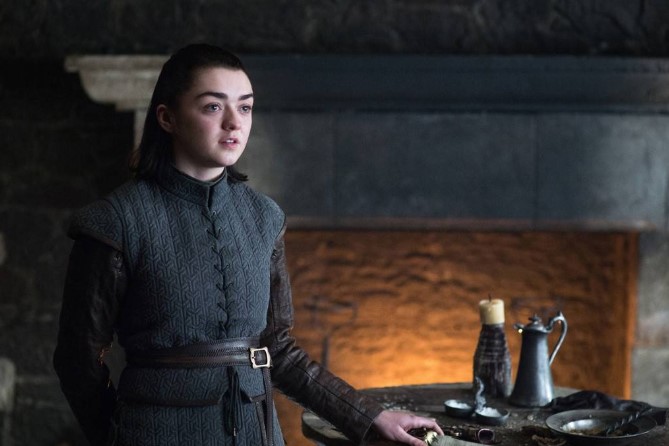 She’s proud of the final season, but Maisie Williams knows this about Game of Thrones fans: They won’t be satisfied with the ending.

“I don’t know that anyone is going to be satisfied,” Williams told Sky News about the series ending. “No one wants it to end, you know, but I’m really proud of this final season. I’ve always felt ashamed to say things like that, but I am. I’m really proud of all the work we’ve put it, for me it’s the right time. I hope people like it.”

She’s right. Do you really think fans will be happy, even if it’s the perfect ending? Williams’ costar Kit Harington had similar warnings.

“It’s like when you finish a book, you’re not happy it’s over are you? You don’t finish a good book and say, ‘I’m happy I finished that’,” Harington said on The Zoe Ball Breakfast Show. “But you have this grief that it’s over, and it’s exactly same with nine years doing this show. No matter how it ended, or how it does end, there’s always this bit of you that’s like, ‘oh’; there’s this loss around it.”

In September 2018, Harington issued a similar warning as well. “I think a TV series that’s spanned eight, nine years is an incredibly difficult thing to end,” Harington told MTV at TIFF. “I think not everyone’s going to be happy, you know, and you can’t please everyone. My favorite TV shows are Sopranos, Breaking Bad, and The Wire, and they all ended in a way that…It’s never going to satisfy you.”

Game of Thrones will end with six episodes beginning Sunday, April 14 at 9 p.m. on HBO. Details about the final season are being kept under wraps—the show went to extraordinary lengths to keep spoilers from leaking, including the use of code names and confiscating phones.

Williams told Sky News it’s “going to be really weird” when the show is officially done. “People are going to come up to me on the street and go, ‘Weren’t you on that show?’ and that’s going to be bizarre,” she said.

It all begins Sunday, April 14.