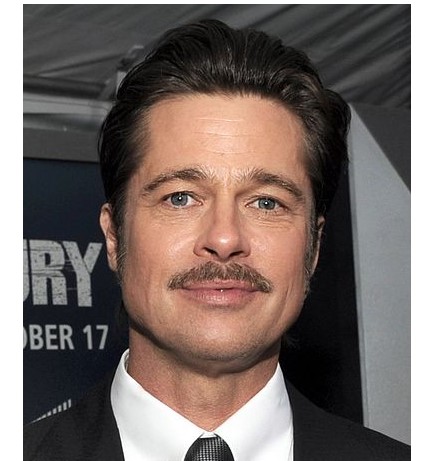 The last time Brad Pitt, 55, got close to a woman, it was when Lena Dunham snuggled up close to him during her 33rd birthday party. It’s been almost three years since the Se7en star and Angelina Jolie, 43, split, and while there have been a few rumors, here and there, of potential romance, it hasn’t really panned out. “Brad has not really been dating much at all since his split with Angelina,” a source close to Brad shares EXCLUSIVELY with HollywoodLife.com. “He does not have any romantic dates over to his home that he shared with Angelina and the kids, and he is a long way from falling in love again.”

“Brad is friendly with plenty of women in and out of the film industry,” the insider tells HollywoodLife.com. “However, he does enjoy plenty of platonic relationships with lots of people, including Lena Dunham, who is just a friend, nothing more.” When Brad does decide to be “more than friends” with a woman, the source says he won’t go public with the news “or introduce the kids to [her] until he is in a serious relationship, which hasn’t happened for him just yet. And he is in no rush either. He is enjoying life, focusing on being a good father, and working on his career instead of worrying about if he will ever fall in love again.”

In the years since Angie filed for divorce, Brad’s been the subject of some incredible romance rumors. He was linked to Neri Oxman, a professor at MIT, as well as Charlize Theron. Charlize squashed the rumors that she feuded with Angie, while also shutting down the reports that she and Brad dated following the split. “We really don’t know each other, we’re not friends or hang out. But she’s never been nothing but gracious and lovely and warm,” she said during the May 2 episode of Watch What Happens Live, months after the initial reports of the Brad-Charlize romance.

Brad’s not the only one who’s embracing the single life following his split. Angelina, after she had the “Pitt” legally removed from her name in April 2019, realized “this is the end of a very big and meaningful part of her life,” a source close to the Maleficent actress EXCLUSIVELY told HollywoodLife.com. “The divorce and name change has been a challenging experience which has made her question whether or not she will ever get married or take on someone else’s name ever again.”