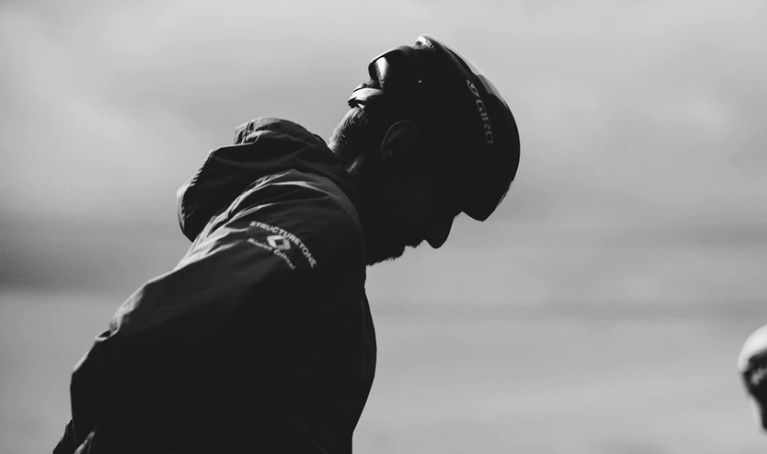 They don’t call it “Ironman” for nothing. You almost have to be Tony Stark and create a superhero suit in order to compete professionally in these races.

“It’s a whole-body smash fest,” professional triathlete Tim Don said. “It normally takes about a week or 10 days to recover. Your muscles are broken down systemically, and you’re hungry consistently for three or four days.”

In May 2017, Don set a world record at the Ironman South American Championships in Brazil. He didn’t just break the record, he smashed it Hulk-style, obliterating the time by 4 minutes.

Don finished with a total time of 7 hours, 40 minutes and 23 seconds.

“I can’t describe the feeling, just euphoria. I get goosebumps just thinking about it.”

But as in all superhero stories, tragedy was coming to test our hero’s strength.

Five months later, in October 2017, the Ironman World Championships were just days away, and Don was in Hawaii training. On one of his last bike rides before the race, Don’s dream of standing atop the winner’s podium came to a screeching halt.

“I remember seeing the white truck coming towards me, and the next thing I remember is about 25 minutes later. I was in excruciating pain, my shoulder, my neck, my back.”

The truck pulled in front of Don and hit him.

Don was rushed to a hospital, and an MRI showed that he had broken the C2 vertebra in his neck. That’s when he says his world turned upside down. Doctors laid out several plans for recovery, but the only one that spoke to Don also happened to be the most agonizing: the halo.

“The doctor said, ‘It’s going to give you the best chance to get back to an active lifestyle and, hopefully, racing professionally again.’ “

Don says there were times while wearing the halo that he didn’t think he could go on.

“They literally get four titanium screws and a torque wrench and tighten them into your skull with just a local anesthetic. Every time a screw comes loose, they screw it deeper into your skull. I wouldn’t wish it upon my worst enemy.”

The man with the halo

But after his accident, Don couldn’t even dress himself without his wife’s help. The long road to recovery affected Don’s mood. He thought about giving up on the halo but instead decided to hit the gym — 4½ weeks after getting fitted.

“I sat on the exercise bike for about five minutes, and when I got off, that’s when I saw the light. I had purpose again.”

Still in his halo but now inspired, Don set his first recovery goal: the Boston Marathon, which was taking place just six months after his accident. A short documentary, “Man with the Halo,” produced by athletic apparel company On and directed by Andrew Hinton, followed Don during his training and eventual success. He completed the 2018 Boston Marathon in under three hours.

“That was a big moment for me.”

But his ultimate goal still lay ahead, competing in the Ironman World Championships in Kona, Hawaii. It’s the same race he was training for a year earlier when he broke his neck.

“I knew I couldn’t win the race, but just finishing it was going to be a win for me.”

In October 2018, one year and three days after breaking his neck, Don raced in the Ironman World Championship and finished with a time of 8 hours and 45 minutes. He no longer had the halo, but he felt blessed.

“I really wanted to enjoy that last mile. I could have gone a minute quicker, but seeing my family at the finish line was a real emotional moment. Being in the moment is a massive thing. I think breaking my neck made me appreciate that more.”

Never one to slow down, Don is now training for the Ironman 70.3 World Championships, which will take place in Nice, France, in September.