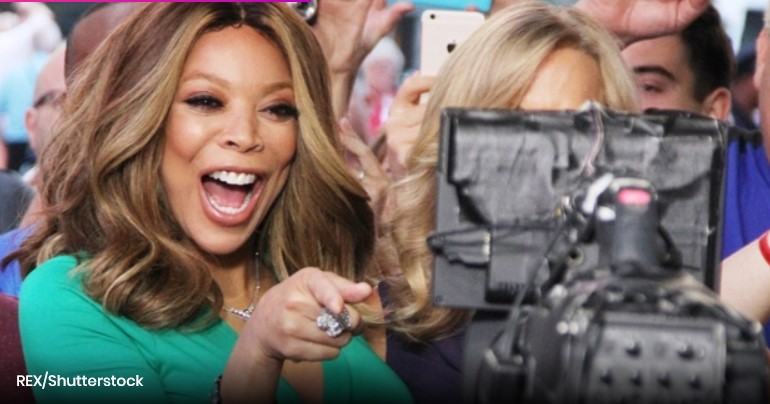 Wendy Williams would wear the dress Kylie Jenner wore to Hailey Baldwin‘s wedding in “32 seconds” if she could, the host said on her October 2 show. That’s why Wendy, 55, found no issue with Kylie’s wedding attire for the September 30 nuptials — unlike other fans, who claimed Kylie’s “over-the-top” ensemble completely “upstaged” Hailey’s white halter dress.

“She looks beautiful,” Wendy said about Kylie, 21, who showed up to the event in a chromatic gold gown with a thigh-high slit and sultry front cut-outs. “If you’re inviting a Kardashian-Jenner to anything that you have, you’ve got to understand how they are coming through, OK!” the talk show host continued before agreeing with critics. “All I’m saying is hell yeah she upstaged the bride… As a matter of fact, if you knew you were inviting Kylie … then you must understand that you will be upstaged,” she continued.

Wendy explained further: “You invited Kylie and Kylie is apart of a brand and the ‘sex-a-facation’ of the situation is always there. Kylie, you look gorgeous!” she said, telling Hailey to “get over it,” despite the model not muttering a word about the online buzz.

Despite her take on the situation, Wendy also gushed over Hailey, noting that she’s “still beautiful in your own right.” Note: Wendy did not mention Kylie and Travis Scott‘s split, which was reported on October 1, as her show was likely pre-taped.

Hailey, 22, married Justin Bieber, 25, in a lavish ceremony in South Carolina on Sunday, September 30. The wedding marked the second time the model and singer said, “I do.” Their first union was a quick courthouse ceremony in New York City, back in September 2018.

It’s unclear who made Hailey’s wedding dress, as well as Justin’s tux. And, fans have yet to see formal photos of the couple on their special day, aside from photo booth snaps from the reception. Nonetheless, when Hailey and Justin do release their official wedding photos, you know we’ll be all over it!