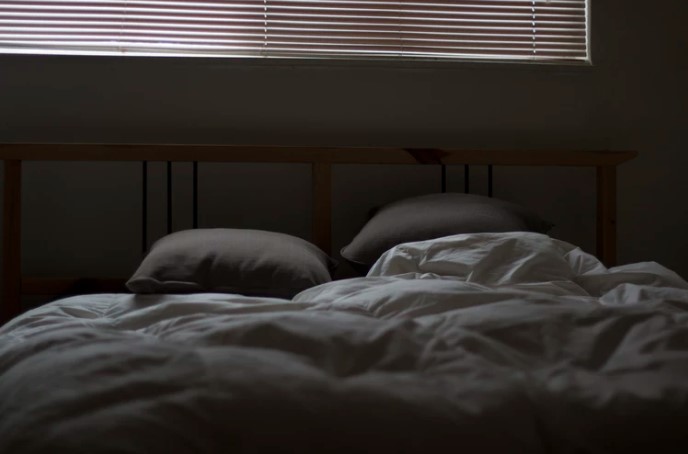 Falling asleep wasn’t the problem for Aubrianna Veitz, 27, of Pittsburgh. “However, staying asleep was difficult,” she says. “I tend to toss and turn in the night and sometimes would wake up with anxiety.”

She didn’t want to take sleep medication, so when a friend said a weighted blanket had eased her anxiety, Veitz ordered one. Since she began sleeping under it in July 2018, she has noticed a big improvement. “I wake up in the same position that I fell asleep in, and I also don’t have anxiety attacks waking me up,” she says. Weighted blankets, viewed as a fad just a few years ago, are now mainstream. While features vary, the blankets are usually filled with plastic pellets to add weight, usually ranging from about 4 to 25 pounds. The ideal weight depends on a person’s own weight.

Time magazine called one of them, the Gravity Blanket, “One of Time’s best inventions of 2018.” In a write-up, Time said: “If you’re wondering why everybody on Instagram seems to be draped in weighted blankets, you can thank Gravity.” Time noted that while the company didn’t invent weighted blankets — they’ve been used for many years to calm adults and children with anxiety, autism, and attention problems — it did perfect mass-marketing. The startup raised nearly $5 million on Kickstarter in a matter of months in 2017.

These days, Gravity has plenty of competition. In 2018, experts estimated that a half-dozen or so companies were producing weighted blankets. By the spring of 2019, the list has grown past two dozen. Big names like Gravity, Mosaic, SensaCalm, YnM and Beautyrest share the market with many other companies, including Sensory Goods, Peace, ZonLi, and Grandpa’s Garden.

Target entered the market with its Pillowfort weighted blankets in late 2018, responding to customers who wanted more affordable products for their children who had special needs, says Kristen Mezzenga, a company spokeswoman. At $49.99, it costs a fraction of what some others do. Now, Walmart, too, has joined the fray, with a number of weighted blankets that range in price from $29 to $130 and more.

The range of options has grown with the market. Options now include waterproof models. For sweaty sleepers, there are cooling weighted blankets that promise to wick moisture away from the body. “We are seeing a demand for larger weighted blankets,” says Laura LeMond, owner and co-founder of Mosaic Weighted Blankets.Gravity Blankets is into bundling — it is working with Calm, offering a 1-year subscription to the app for sleep, meditation, and relaxation help with the purchase of a $249 weighted blanket.

Even though the blankets are getting more popular, scientific research is still sparse. Much of the research is industry-funded, such as one paid for by blanket makers. It found that after using the blanket for 2 weeks, 31 men and women who had moderate insomnia reported a calmer night’s sleep with fewer movements.

More recently, Gravity Blankets did its own study, looking at use of the blanket over 1,000 nights of sleep, says Mike Grillo, Gravity’s managing director. The study, validated by an outside company, found that 72% of the weighted blanket users reported more relaxed and restful sleep. The concept behind weighted blankets — deep pressure stimulation that feels like a firm hug, massage or swaddling — has been researched and found to help adults and kids who have anxiety, autism, and attention difficulties, experts say.

The Power of the Grapevine

Word of mouth is driving the trend, says Donna Chambers, founder and CEO of SensaCalm. The decline in stigma about anxiety and other mental health issues is helping, too. “People feel more comfortable discussing [mental health problems] publicly,” she says. “This leads to word-of-mouth recommendations, which is how our weighted blanket business picked up steam in the first place.”

What the Experts Have to Say

Parents are less likely to ask her advice about the blankets than to tell her they have begun using them, says Jennifer Poon, MD, an associate professor of pediatrics at the Medical University of South Carolina in Charleston. She’s also a member of the executive committee of the American Academy of Pediatrics’ Section on Developmental and Behavioral Pediatrics. She works with children with developmental delays, and she tells parents who ask that “unfortunately, there is not great evidence” supporting the blankets.

“Anecdotally I have had some patients tell me it’s made a difference and others tell me it didn’t make a difference,” she says of the weighted blankets. “Perhaps there is a placebo effect going on.”

Weighted blankets come in a range of weights; most manufacturers recommend getting a blanket that is 10% of the user’s weight. For children, get 10% of their weight plus 1-2 pounds, says LeMond of Mosaic. When the blankets are used on children, Poon warns parents to be careful about a choking hazard from the weight, “especially if using it on a child with ADHD or an impulsive child.”

Weighted blankets are not safe for babies, says Chambers of SensaCalm. And she tells parents to ask their pediatrician before using it on an older child. Poon reminds adults and children to pay attention to sleep hygiene: Avoid caffeine before bed, turn off computers and other screens before bed, and sleep in a dark room. “If those other things are not in order,” she says, “I am not sure a weighted blanket is going to make a difference in your sleep.”