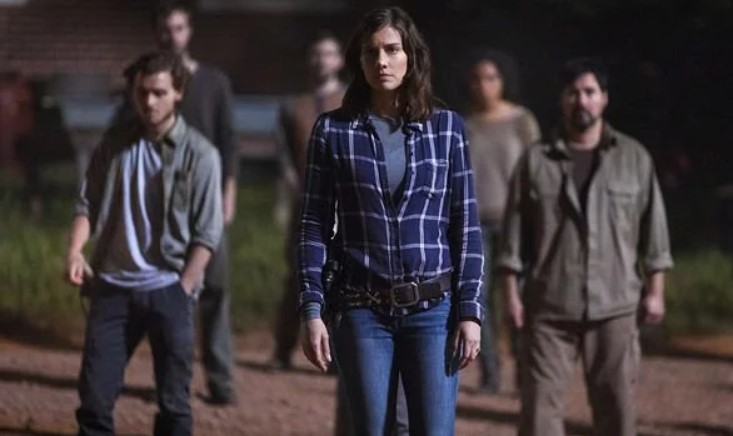 The Walking Dead is set to make a comeback this October, and the show’s latest spoiler has revealed who will be casted as newcomer Dante in a brand new image release. Fans of the comics will remember being introduced to the character of Dante, who is yet to make an appearance on the show.

The character played large role in the Alexandria safezone along with being added as a love interest for fan-favourite Maggie Rhee (played by Lauren Cohan). However, showrunners have finally revealed who will play the rogue newcomer in the AMC hit show. In a recent announcement, Fox revealed Juan Javier Cardenas will be added to the cast this season to play Dante.

The star previously appeared in NCIS: Los Angeles, S.W.A.T and Lethal Weapon. This comes after Showrunners confirmed they would be following the comic books adding Dante to the next outing last month, making his debut in the season premiere. Fans of the comics will remember newcomer Dante filled the role of Maggie Rhee’s love interest as she was elected president of the Alexandria safe zone.

The character is set to appear on screen after Angela Kang made the announcement in an interview with Entertainment Weekly. The showrunner did not hold back on revealing what fans can expect from the newcomer, revealing the character will play a slightly different role to the one he played in the comics. Angela said: “We’ll be meeting the character Dante from the comics, he is this roguish, fast-talking, sometimes charming, sometimes annoying guy who can sometimes put his foot in his mouth, but is an interesting presence in the comics.”

“He’s actually a love interest of Maggie. But in our world, the context is a little different, and he will play an important role in the story in Alexandria. So we’re excited about that.”

The newcomer’s arrival and role in Alexandria safe zone also comes as a huge hint that fan-favourite Maggie Rhee could return. If the show was to follow in the path of the comics, Dante’s role in the Alexandria safe zone would surely mean Maggie would return alongside the newcomer. The final panels of the comic saw Maggie elected president of the enormous community, could the show follow suit?

Although the context of his character may be a little different to the one expected, the showrunner has not completely ruled out a romantic connection between Maggie and Dante. This of course would mean, Maggie will have to make a much-anticipated return to the latest outing after her temporary exit in season nine. Angela was also asked if there will be any other characters from the comics being cast on the TV show.

She told Entertainment Weekly: “There will be some other characters we meet down the line. But I don’t think I can quite talk about them yet. We’ll meet some really cool characters this year.”

The Walking Dead is expected to return to AMC later this year.