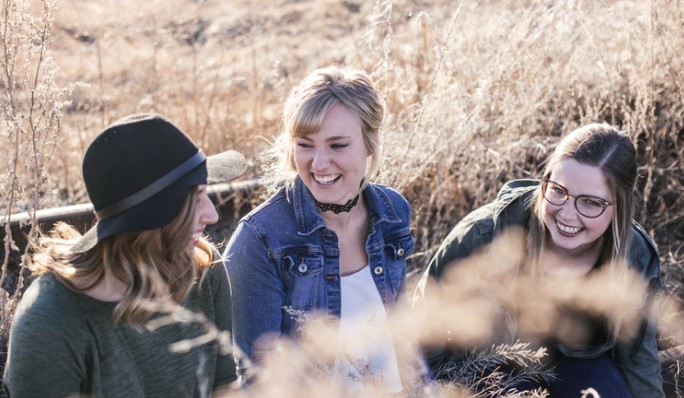 You’ll forgive me, then, for having entered motherhood with my hackles raised and defenses in place. I declined offers to join moms groups and avoided eye contact with other moms during those rare moments when I dared to parent in public. The internet told me that bottle-feeding and stroller-using would be perceived as sins in progressive, urban communities like mine; the fact that I was doing both meant these measures toward self-protection were necessary.

Of course, total seclusion wasn’t a possibility, and I did leave the house with my child now and then. As my exposure increased over time, so did my sense of surprise and, ultimately, bewilderment. Six years, two kids and three cities later, and I have never once felt judged by other moms.

Recently, I ask friends across the country whether they had ever felt judged by other moms, and they said their experience has been similar to mine. The moms they’ve encountered almost always fall somewhere on the spectrum between indifferent and highly supportive. “Yeah, nobody really cares,” I heard again and again.

Are moms really so judgmental? If not, where does this stereotype come from, and why is it so hard to shake?

Research shows mommy-shaming is not the norm

When Elizabeth Isadora Gold told non-mother friends and acquaintances about her 2016 book “The Mommy Group,” they often asked her whether it is about the mommy wars.

“No! What part of this title don’t you understand?” she would explain. “This is about the opposite. Mommy groups are the place you go because you know there will be no judgment, the place you go when you are ready to throw up your hands and give up.”

For her book, Gold spoke to women in mommy groups across a wide range of socioeconomic and racial backgrounds, and from different generations, and the consensus was firm: Women support one another. Her personal experience was similar.

“When my friends and I would get to the mommy group, we could exhale for the first time. Not against anyone, but with people,” she said, explaining that the exhale was not delivered in the spirit of protest but in relief.

Sarah Clark, an associate research scientist in the Department of Pediatrics at the University of Michigan Medical School and co-director of the poll, said she was surprised by these findings and had expected more moms to report feeling judged by one another.

“It may be that the people we think of as our friends know our situations and are less likely to judge us because they know the context,” she said. “[Among friends] I think there is a lot more of ‘Are you doing OK? I will help you with whatever.’ “

Clark said that peer-judgment in public or online can be noticeable, and therefore attract a lot of attention, but it isn’t necessarily a regular part of a mom’s life.

Take model Chrissy Teigen. It feels like every other week, there is a news story about how she was judged for her parenting choices online. But ultimately, her haters represent a tiny fraction of the millions who follow her, often adoringly so, on social media.

Another finding in Clark’s poll that counters the combative and soul-destroying narrative surrounding motherhood, is the fact that 67% of moms said that criticism made them feel more strongly about their parenting choices. Many took the criticism as a prompt to further research an issue, in an attempt to understand whether the concern was valid. “Rather than feeling victimized or attacked, it can be seen as a positive, even, dare I use this word, empowering thing,” Clark said. “Moms think: I am going to test my own beliefs and see whether what I am doing is fine.”

Of course, there are still many women for whom judgment, whether coming from a family member or another mom, really stings. Clark said this is particularly the case for women who are lonely and don’t have a community to bolster them up, as well as those with a perinatal mood or anxiety disorder. Postpartum anxiety or depression can inhibit a mom’s ability to internally or externally defend herself. Even worse, the critique and its resultant self-doubt may dissuade her from seeking help. “When you are down it is so much harder to defend yourself,” Clark said.

Hillary Frank, creator of the popular podcast “The Longest Shortest Time” and author of the upcoming book “Weird Parenting Wins,” said she did feel judged as a new parent, particularly for her failure to sleep-train, as well as her desire to have just one child.

Looking back, she believes the problem isn’t the fact the women are competitive but that they are made to feel deeply insecure by self-proclaimed parenting experts. These are the gurus pushing black-and-white parenting philosophies that leave little room for the messy middle in which most of us exist.

“A lot of instigation of judgment comes from the my-way-or-the-highway parenting books,” she said. “When I hear people say judgy things, they generally back up their statements with ‘I read it in this book.’ “

Frank created her podcast in 2010 as an antidote to this kind of utterly certain, one-size-fits all advice and found a large audience hungry for it. “We started this project as a place of requesting no judgment, and it somehow stuck,” she said. “I found the fact that we all do things differently so much more compelling [than whether or not we measure up to some external ideal]. The more we share about our own experience, the more we feel supported, and the more we are inspired to think of [parenting methods] for ourselves.”

In “Weird Parenting Wins,” Frank has compiled what she calls an “anti-parenting-advice advice book.” It features personal and idiosyncratic advice from parents across the country on how to deal with things like fussy eating, potty training and morning routines. While she hopes that parents will find some of these tips useful, the book’s bigger goal is to remind them that there is no one type of child, and there is no one best way to raise her or him.

Another trigger of the us vs. them mentality is the baby goods market. In recent years, the number of baby-related products on the shelves has exploded, and there are now more options, and more ridiculously costly options, available to parents than ever before. All these choices send the message that parenthood is an experience that should be carefully curated, and the marketing for them tells anxious mothers that the stakes are high.

A handful of campaigns have skipped the part about how the baby might benefit from a particular product and focused directly on the mommy wars themselves. They aim to be conciliatory but nevertheless reinforce the idea that, in the world of motherhood, missteps are both inevitable and punishable.

“In order to sell the onslaught of baby stuff — and this includes sleep ‘methods’ or parenting ‘styles’ — you need to create a right and wrong,” Gold said.

Why women supporting women is still seen as unlikely

Though perhaps the biggest source of the judgy mommy stereotype is good old fashioned sexism. Our communal imagination still can’t wrap its head around the idea that women are not all engaged in a lifelong competition with one another.

“It’s not that women never judge. We wouldn’t be sentient beings if we didn’t. But it isn’t the widespread experience it is made out to be,” said Ruth Whippman, author of “America the Anxious.”

She said she has witnessed far more judgment in the workplace or on non-parenting related Reddit boards than she ever has among groups of mothers. “Motherhood is one of the more supportive spaces I have ever been in in my life,” she said. “We all know that we all have to do whatever it takes to get through the day. We are the ones who understand.”

The catfight narrative doesn’t just paint moms as spiteful and immature, it also trivializes the deeply emotional and philosophical conversations moms tend to have in one another’s company. “I can count on one hand the number of times my mom friends have had conversations about breastfeeding or sleeping,” Whippman said.

You know what moms do instead of judging? They vent, they enthuse, they cry, they celebrate. They attempt to parse the experience of parenthood, its mysteries and its delights. They talk. They listen. They nurture. More than most anyone, they know what it is that a mother needs.