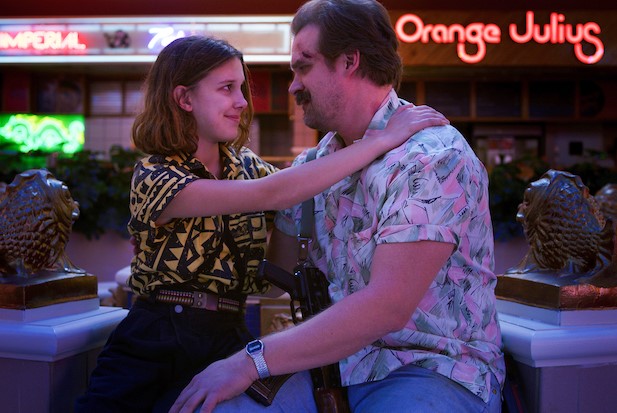 As a huge fan of Stranger Things, it pains me to say type this, but I think the Netflix hit should end with Season 4.

It’s not that I necessarily agree with series co-creator Matt Duffer, either. He’s suggested that he and brother Ross “don’t know if we can justify something bad happening to [these characters] once a year.” Of course, they could; if Buffy the Vampire Slayer’s Sunnydale could be situated on the Hellmouth, there’s no reason that Hawkins, Ind., couldn’t be a hotbed of interdimensional activity. That’s just silly talk!

No, there are two very different reasons that I hope Stranger Things will come to a conclusion next season — despite how much I’d miss it. First, I want it to go out on top and on the Duffer Brothers’ terms. And if season after season, the Mind Flayer tries, tries again and fails to turn Hawkins, er, upside down, the otherworldly entity will start to seem less like a genuine threat than an inept Wile E. Coyote. He, the show and we deserve better.

Second, I want Stranger Things’ happy endings to be really happy. If the show continued indefinitely, taking its young protagonists all the way through adolescence, relationships would not only change, some of them would end. I don’t want to see that. I want to leave the four besties at the heart of the series as tight as they ever were. I want to leave El and Mike so in love that we believe they might manage to beat the odds and stay together forever.

Is that too sickeningly sweet a notion? Or would you, too, prefer to let go of the surreal drama before the real world does as much harm to our heroes and heroines as the Mind Flayer ever could? Hit the comments with your thoughts.