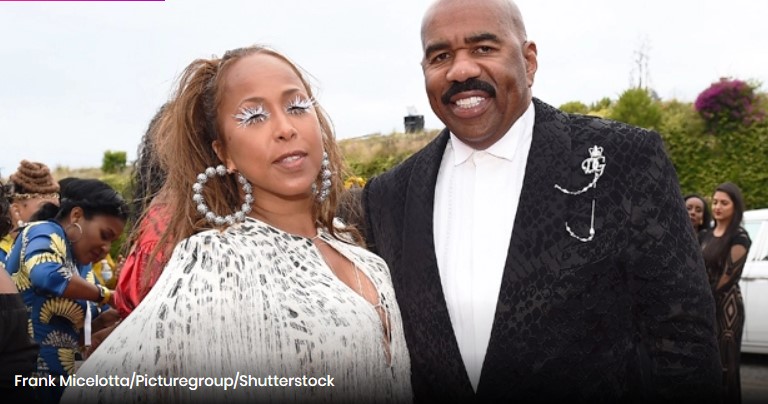 Marjorie Harvey, 55, can really work it! The wife of Family Feud host, Steve Harvey, 62, took to the dance floor the night of Oct. 10 to celebrate her 55th birthday, and her entire breakdown was captured on her daughter, Lori Harvey‘s, 22, Instagram story! The family was all dressed up for Marjorie’s special night and enjoying their time together, when Marjorie started to get down on the dance floor. Dressed up in a sequin mini dress and fashioning a long ponytail hair do, Marjorie started moving and shaking to the music! “Nah you showing out,” Lori captioned the video of her mother.

It looked like such a fun night for the family, who were likely seeking one after months of rumors. In May 2019, Marjorie and her husband were taking divorce rumors head on amid reports that they were considering splitting up after 12 years of marriage. But Marjorie put those rumors to bed. “We’re good — always,” she told HollywoodLife, EXCLUSIVELY on May 15, during the 11th Annual Ladylike Foundation Women of Excellence Luncheon, where she was honored in LA.

Marjorie and Steve’s relationship is clearly strong, and it started in the most unexpected way. The couple met when Steve was performing a stand-up comedy routine at a club in Memphis, Tennessee. Marjorie, who was planning on seeing Steve perform his set, got to the club late and walked in during the middle of one of his jokes! But instead of calling her out for the interruption, Steve stopped and just stared at her. When he finally broke his silence, the TV host said to the audience, “I’m sorry, I don’t know who this is, but I’m going to marry her.” And the rest is history!

While their romance is straight out of a romantic comedy, Marjorie’s dance moves are totally out of a music video! Steve Harvey’s wife is definitely a dancing queen. Here’s hoping fans get to see more of her moves in the future!