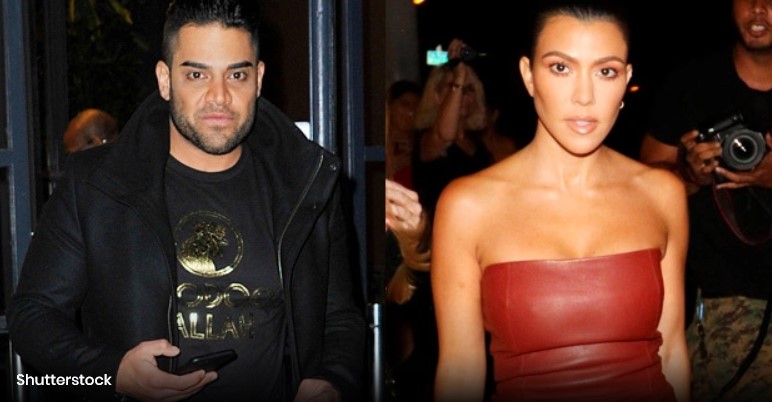 Kourtney Kardashian, 40, took to Instagram on Oct. 11 to post a stunning photo of herself and her fans weren’t the only ones to take notice! Shahs of Sunset star Mike Shouhed, 41, was quick to leave a flirty comment on the Keeping Up with the Kardashians star’s new snapshot and we couldn’t help but take notice! The hunk left a simple but effective fire emoji in response to the pic, which showed a red-lipped Kourtney strutting her stuff in a tight silky black dress while holding two different earrings up to her ears. “But didn’t pick either (and my closet is a mess),” she captioned the photo. Check out the pic of Kourtney HERE!

Mike’s eye-catching comment on Kourtney’s post comes two years after his divorce from his ex-wife Jessica Parido, 30, was finalized. The former husband and wife were married on March 29, 2015 but separated soon after in Nov. of the same year after Jessica claimed Mike cheated on her. She has since moved on from the drama and had her first child with a boyfriend in Feb. 2019.

Meanwhile, like Mike, Kourtney has had headline-making splits from longtime loves, including ex Scott Disick, 26, who she shares three kids with, in the past. She’s been enjoying the single life as much as she can over the past few months and staying strong in confidence as she keeps sharing gorgeous photos on social media. We’re not sure if she took notice of Mike’s response, but it would be interesting to see if something becomes of it!

Either way, the attention from Mike and others has to make Kourtney feel pretty good. The fit mother has been impressing followers with her incredible beauty for many years now, and it definitely looks like that trend is continuing.