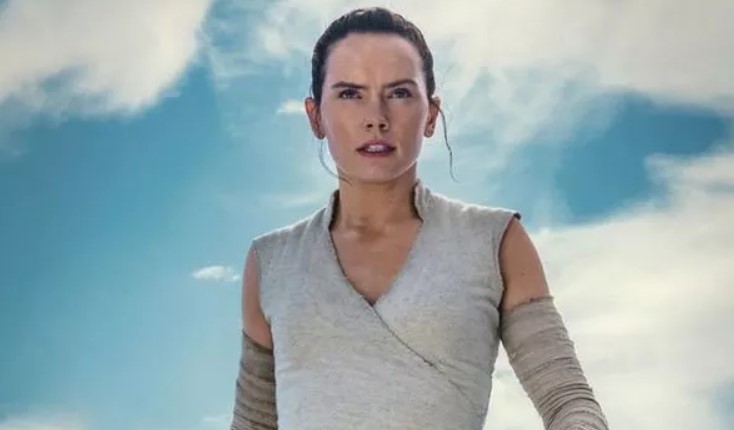 STAR WARS 9 Rise of Skywalker hero Rey has learned some new Jedi powers, revealed in these advance images of a thrilling battle with a classic monster. But how is she learning? Who is teaching her?

With Luke dead, how is Rey going to develop her Force powers? Will she even become a Jedi at all? Or was Luke truly the Last Jedi? New advance images show Rey in a battle with a fresh foe, not Kylo Ren or any Dark Side users but a classic Star Wars monster. Fans now know Rise of Skywalker takes place a year after Episode 8, so what has Rey been up to, and how much have her powers grown?

The images shown below reveal Rey apparently using new Jedi or force skills while fighting in zero gravity. As always the franchise likes to include fan-pleasing nods to the past and this is a particularly welcome one. Study the monster she is fighting closely. It looks rather like a rancor.  One of the semi-sentient reptilian beasts from Dathomir made a memorable appearance in The Return of the Jedi, battling Luke in a pit below Jabba’s palace.

The images were spotted in previews for the new comic book series The Road to Star Wars: The Rise of Skywalker – Allegiance. They reveal the artwork but have no text to explain what is going on. The first issue of four will be released on October 9 by Marvel comics and written by Ethan Sacks.

The promo synopsis reads: “Hounded by the FIRST ORDER across the galaxy, the RESISTANCE is in dire need of ships, weapons and recruits to make a final stand against KYLO REN’S forces. Desperation drives a delegation led by GENERAL LEIA ORGANA and REY to entreat the Rebel veteran’s one-time allies, THE MON CALAMARI, to join the fight — but decades after Imperial occupation enslaved their planet, there are those willing to stop at nothing to prevent another war from bloodying the waters of Mon Cala.”

The Mon Calamari’s most famous son, Admiral Ackbar, made his last appearance in The Last Jedi, although fans were disappointed with his rather dismissive death. As for Rey, the theories continue to swirl about how she is learning new skills and powers. Will Luke Skywalker return as a Force Ghost to teach his on-off pupil? Another suggests a way Obi-Wan Kenobi can appear, in training recordings discovered and used by Rey.

The upcoming comic series will cover events in between Episodes 8 and 9, but it is unlikely they will reveal any major spoilers about how and if certain former Jedi will return.