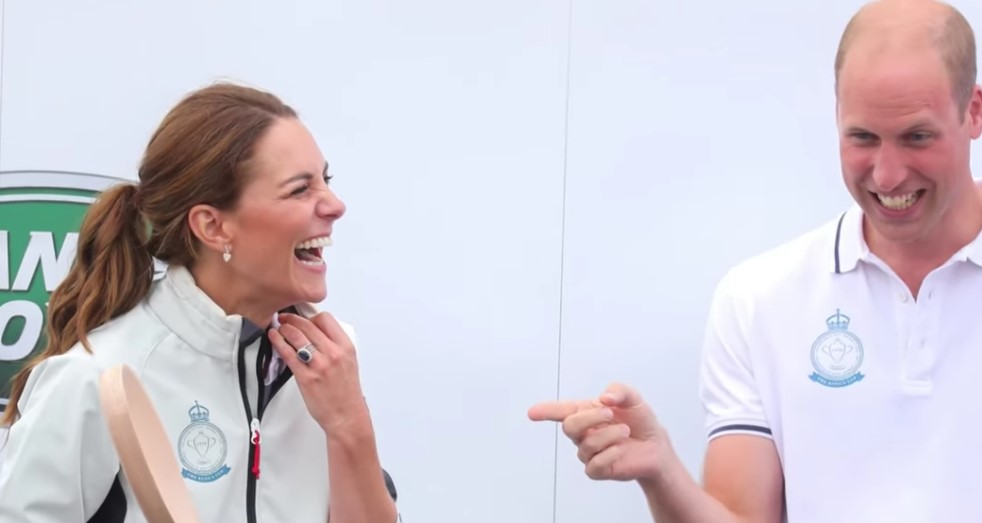 The royals have taken to the sea.

In honor of the inaugural King’s Cup charity regatta, Prince Williamand Duchess of Cambridge Kate Middleton suited up in their best sailing gear and got on board to compete against each other at the charity event they hosted on the Isle of Wight on Thursday. The parents had fans in the crowd as Prince George could be seen watching the competition with his grandparents, Middleton’s parents Michael and Carole Middleton, from a separate boat. The 6-year-old prince adorably sported a captain’s hat and striped shirt, his wide grin revealing missing teeth. Prince Charlotte was also photographed in attendance donning a striped periwinkle dress with a Peter Pan collar.

As for the setup, each royal served as a skipper on individual sailing boats in an eight boat race. Whichever team won would be awarded the historic King’s Cup trophy, which was first presented by King George V at the Royal Yacht Squadron nearly 100 years ago.

As part of the competition, the famous parents and their fellow race participants were representing eight of their royal patronages with William on behalf of Child Bereavement UK and Kate for the Royal Foundation’s Early Years program.

With the help of fellow celebrity competitors, including TV personality Bear Grylls and soccer star Fara Williams, the group raised awareness and funds for the organizations through the regatta—one the royal pair wants to continue.

“Their Royal Highnesses hope that The King’s Cup will become an annual event, bringing greater awareness to the wider benefits of sport, whilst also raising support and funds for the causes that The Duke and Duchess support,” the couple’s Instagram account read.

If there’s one thing we know about Prince George, Princess Charlotte and Prince Louis’ mom and dad, it’s that they love a little competition between each other, whether it be a hockey shootout in Sweden or ping-pong in Scotland.

The couple have even tried their hand at sailing before, previously racing each other in New Zealand in 2014. Kate finished in first place back then—but that was not the case this time around. Instead, Grylls beat both royals and won the first of two races while William came in third place and Kate in seventh. Will Kate make a comeback in the second race? You’ll just have to stay tuned.