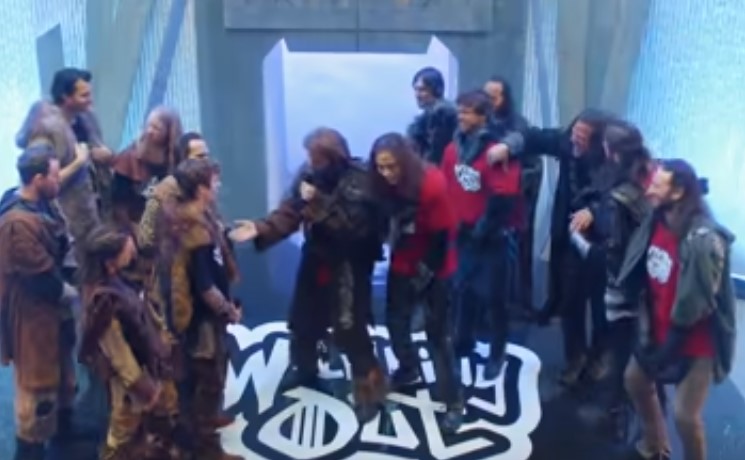 Mariska Hargitay and Ice-T made a hilarious appearance in one of the many viral sketches during the April 6th episode of SNL. The variety show came up with a slew of hilarious Game of Thrones spin-offs, including Game of Thrones: Special Victims Unit. As they walk toward a corpse, Ice-T and Mariska pulled off some of their classic banter. Ice asked her, “You’re telling me some sick son of a bitch cut some dude’s thing off?” Mariska replied, “Yep.” Then Ice followed up, asking, “And fed it to his dog?” Mariska said, “Seems so.” Ice-T continued, “Then gouged this man’s eyes out?” Mariska replied, “Yep.” Ice said, “Then fed him his own eyes?” Mariska replied, “Bingo.” In some of the other spinoffs, Jon Snow deals with “forbidden love” with a White Walker in the show Castle Black, a cartoon Arya stabs a football player in the throat in a Daria parody, and Sam Tarly and Gilly star in a the sitcom The Queen of Kings Landing. Other hilarious titles included Cersei and the City, No Ballers, The Marvelous Mrs. Melisandre, and Wildling Out.

On the Dec. 9 episode that had Jason Momoa hosting, the former Game of Thrones star reprised his role as Khal Drogo. In one of the night’s biggest viral sketches, the Dothraki warlord got his very own talk show. Reprising his role of the fallen Dothraki warlord, Jason Momoa interviewed some of the Westerosi characters who didn’t survive all the way to the final season, like Hodor, who was asked to hold open the door for remaining guests, the High Sparrow, and Joffrey, who later entered into a Jerry Springer-like fight with Lady Olenna.

And recently, on the Mar. 30 episode, the variety show dealt with the Mueller report in hilarious fashion. In addition to the show’s cold open, Beck Bennett‘s Vladimir Putin had to explain to his subordinates and Kim Jong Un in another sketch why Donald Trump was actually not secretly a Russian spy. When asked why Trump would praise him so profusely in public, Bennett replied, “I don’t know, I think he just like me… I can’t figure this guy out, he’s in my head.”

And after one of Bennett’s generals wondered if Putin could be taken seriously anymore in front of Putin, Bennett asked, “How about I poison your family, put you in a dog cage, and I ship you to Siberia, then beat you to death with a metal pipe?”