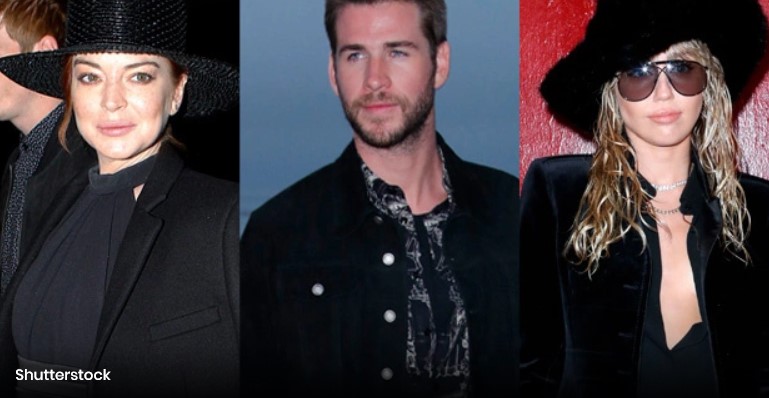 Lindsay Lohan sure knows how to get the rumor mill turning! The 33-year-old left a pretty flirty comment on an Instagram photo of Liam Hemsworth‘s that was reposted by E! News — but soon-to-be ex-wife Miley Cyrus doesn’t seem to mind. “Miley has moved on with Kaitlyn, she is focused on herself and Kaitlyn and hasn’t paid attention to what is going on in Liam’s world,” an insider confirms to HollywoodLife EXCLUSIVELY. “And that includes any correspondence with Lindsay Lohan.” While Lindsay’s comment seemed pretty forward, another source insists she was just “having a good laugh.”

Miley has been immensely busy in the past few weeks, as she was on yet another dinner date with rumored girlfriend Kaitlynn Carter, 31, as the duo held hands while out at La Esquina. She also just dropped her new video “Don’t Call Me Angel” — which is the soundtrack for the new Charlie’s Angels film — with Ariana Grande and Lana Del Ray on September 12, and was performing at New York Fashion Week earlier this week. In addition, Miley and Kaitlynn reportedly moved in to a Hidden Hills area home together, right before jetting off to NYC.

“[Lindsay and Liam] is as far from [Miley’s] radar and will continue to be for the foreseeable future,” the source continues. “She is not interested in knowing anything about it. She is worrying about her own ordeals.” While it’s unclear if Liam and Miley have had much interaction since announcing their split in August, the two still follow each other on Instagram.

For his part, Liam is currently vacationing with older brother Chris Hemsworth on Richard Branson‘s ritzy Makepeace Island off of Australia’s Sunshine Coast. The 29-year-old appears to be enjoying a much needed break after his public and emotional split from longtime love Miley. “Why didn’t we meet in Sydney or Bondi?!” Lindsay wrote on a selfie of Liam and his brother Chris, who hail from Australia. LiLo has been in the country to film The Masked Singer where she’s appearing as a judge.