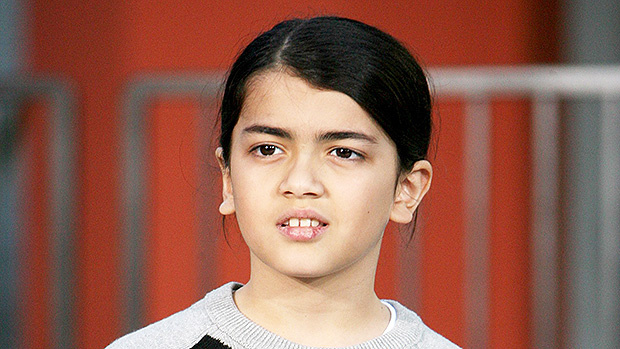 The gang’s all here! Blanket, AKA Prince Michael Jackson II enjoyed a fun night out at the movies with a large group of friends, marking a rare appearance for the 17-year-old boy. In a photo posted by his older brother, Michael Joseph Jackson, Jr., he was all smiles as he attended a screening of Avengers: Endgame. The youngest son of the late Michael Jackson showed his love for the Marvel franchise with a t-shirt that had the brand name scrolled across the front. Blanket, or Bigi as he is called these days, sported his signature long hair, and appeared to be having a ball with his friend group.

Fans were loving the photo featuring the two brothers, but especially took notice of Bigi. “BABYYYYYYY