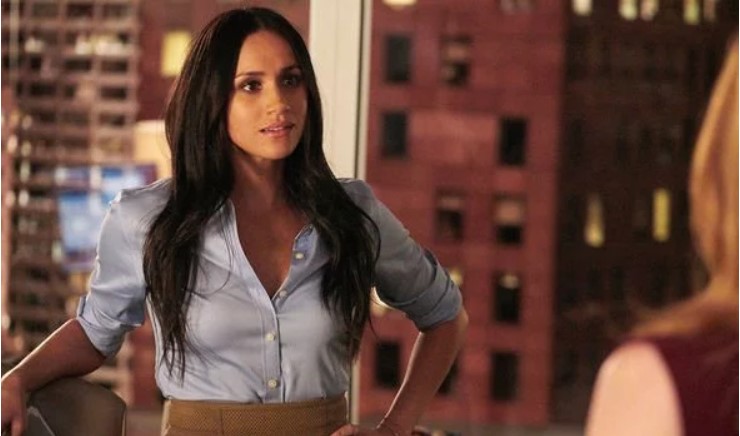 MEGHAN MARKLE has been reportedly turned away from a bigger deal with Disney to star in Marvel films after it was said she is likely “too controversial” to take the lead following her “voiceover” work.

Meghan Markle, the Duchess of Sussex, was a popular actress in the TV world during her seven-season run on lawyer sitcom Suits. But when she married Prince Harry, the Duke of Sussex, she left her previous career behind to focus on being a working royal and on her charitable endeavours. Following the announcement the pair would be stepping back from their duties as working royals at the beginning of this year and splitting their time between North America and the UK, it was reported the actress was pushing to get involved with new projects – notably on a Disney and Marvel film.

According to a new interview with an unnamed movie executive, Markle isn’t a shoe-in to have a large part, despite the numerous reports she will be joining the world of Disney. And the Duchess is said to have been “limited” to a smaller role, due to being a “controversial figure”. Responding to the recent speculation, the mystery film boss told The Mail on Sunday there were “limited plans” for Markle in the company. It comes as the Duchess allegedly told her agent to find her a role as a superhero in a future Marvel film.

“She’s a controversial figure,” they went on.

The source added: “There have been reports of a deal but that’s not true beyond the voiceover work.”

Express.co.uk has contacted a representative for the Duchess of Sussex.

The comments come after a source said the Duchess reportedly said she knows she “can’t carry a film”.

“[The Duchess’s agent Nick Collins] has said she wants her return to acting to be part of an ensemble cast in something like a superhero film,” they continued.

“He’s actively seeking such a movie for her. He’s saying she is available and open to the best offers.”

“Meghan is planning a series of meetings in Hollywood,” the insider went on.

“She has already done the voiceover for Disney and now word is out that she’s looking for a superhero film, as a voiceover or even on screen.

“She knows she can’t carry a film as an actress.

“People won’t be able to get past the fact she’s Meghan Markle.”

Time will tell what the Duchess plans on doing next, but this month fans of the Duke and Duchess will get their wish to see the royal couple performing duties in the public eye again, before they officially step down as senior royals at the end of March.