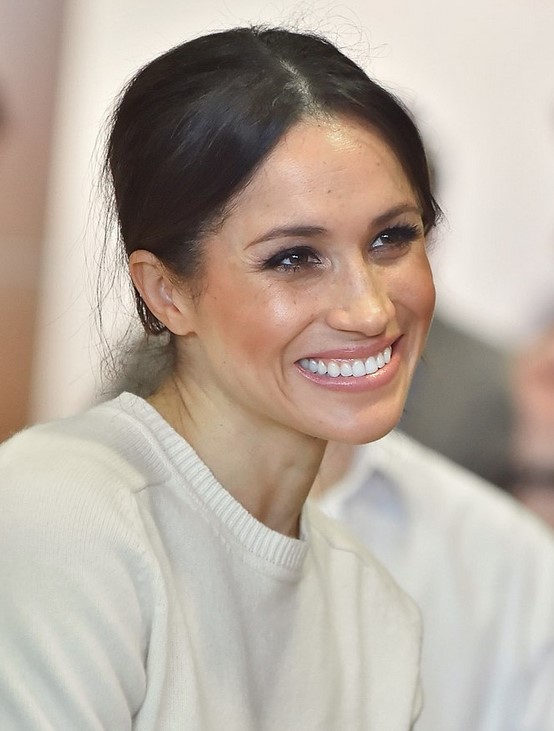 Meghan Markle has addressed the elephant in the room.

It’s no secret the royal has been picked apart publicly since her romance with Prince Harrybegan more than two years ago. The former American actress has faced a seemingly ceaseless array of scrutiny from the press, so much so that earlier this month, the Duke of Sussex issued an impassioned statement on the situation in defense of his wife.

“My wife has become one of the latest victims of a British tabloid press that wages campaigns against individuals with no thought to the consequences–a ruthless campaign that has escalated over the past year, throughout her pregnancy and while raising our newborn son,” the lengthy statement read in part. “There is a human cost to this relentless propaganda, specifically when it is knowingly false and malicious, and though we have continued to put on a brave face–as so many of you can relate to–I cannot begin to describe how painful it has been. Because in today’s digital age, press fabrications are repurposed as truth across the globe. One day’s coverage is no longer tomorrow’s chip-paper. Up to now, we have been unable to correct the continual misrepresentations-something that these select media outlets have been aware of and have therefore exploited on a daily and sometimes hourly basis.”

“For these select media this is a game, and one that we have been unwilling to play from the start,” he continued, noting she has been vilified “almost daily for the past nine months.” “I have been a silent witness to her private suffering for too long. To stand back and do nothing would be contrary to everything we believe in.”

While they both have since taken legal action against multiple British publications, the new royal mom has newly spoken about how she’s been behind the scenes. In part of an interview for the upcoming documentary, Harry and Meghan: An African Journey, that aired on Good Morning America Friday, ITV News’ Tom Bradby asked Markle about the impact the pressure she’s under has had on her physical and mental health.

“Look any woman, especially when they’re pregnant, you’re really vulnerable, and so that was made really challenging and then when you have a newborn, you know…and especially as a woman, it’s really, it’s a lot, so you add this on top of just trying to be a new mom or trying to be a newlywed, it’s, um,” she said with a pause. “Yeah, well I guess…and also thank you for asking because not many people have asked if I’m ok, but it’s, uh, it’s a very real thing to be going through behind the scenes.”

“And the answer is? Would it be fair to say, ‘Not really ok,’ as in it’s really been a struggle?” Bradby tried to clarify.