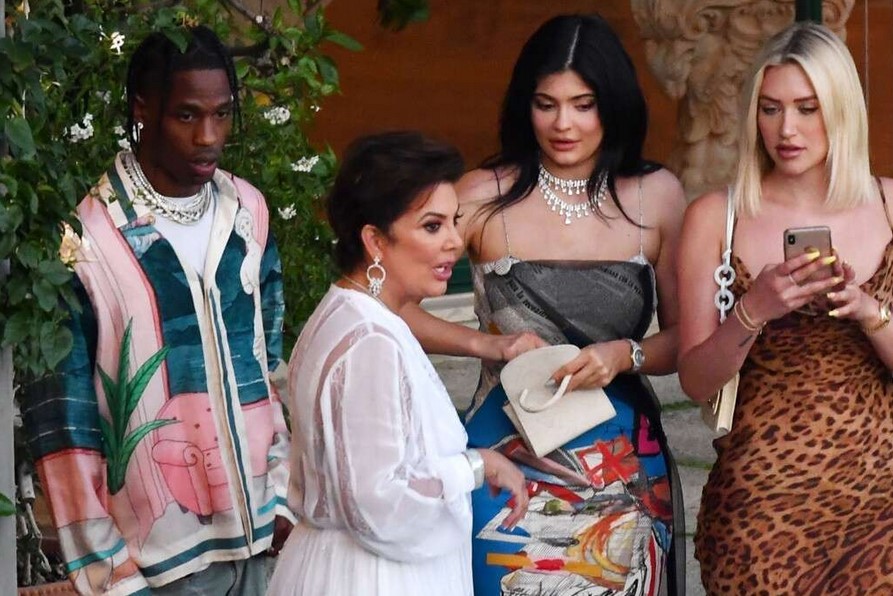 As the countdown continues for Kylie Jenner’s 22nd birthday, the Keeping Up With the Kardashians star isn’t wasting anytime in celebrating the special milestone.

“Kylie and Travis left the Tranquility yacht on Wednesday night for dinner in Positano. They took their small boat to shore and were taken to Il San Pietro Hotel for a meal at Zass on a cliff overlooking the sea.,” an eyewitness shared with E! News. “Kylie and Travis were joined by Kris Jenner and Corey Gamble along with Kylie’s friend Anastasia Karanikolaou.”

As for baby Stormi Webster, we’re told she stayed on the yacht with a nanny. And while Scott Disick and Sofia Richie are also on the vacation, they chose to walk around Positano and separate from the group for the evening. While Kylie is keeping most of her trip off social media—for now—we’re told the beauty mogul was dressed up in a strapless gown and diamond necklace for her dinner.

“Kylie and Travis were seated next to each other and chatted with Kris,” our eyewitness shared. “They looked very comfortable and happy to be there.”

And If the good company wasn’t enough, we’re told the group enjoyed appetizers at a candlelit table.

“Kylie and Travis posed for many photos together and seemed to have a very nice time admiring the beautiful surroundings and the sea below,” a source shared. “After dinner, they strolled through the garden taking more photos before heading back to their yacht.”

Before packing her bags and traveling away from Southern California, Kylie was able to kick off her birthday celebrations with a special gift from her man. Earlier this week, the reality star was treated to thousands of red roses that were estimated to cost at least $25,000.

“My house is covered in ROSES!” Kylie shared on Instagram. @TravisScott and it’s not even my birthday yet!!!! OMG.”

We can’t wait to keep up with this birthday trip.