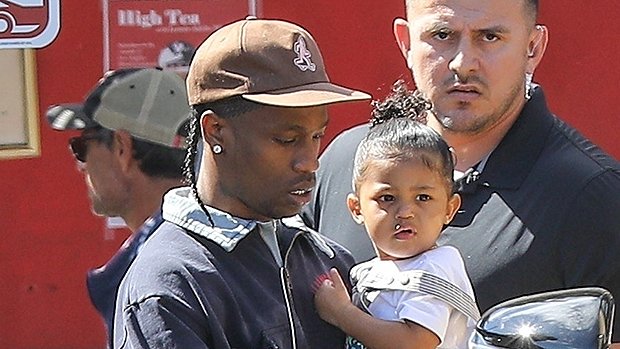 Kylie Jenner & Travis Scott Reunite ForLunch With Stormi, 2, Amidst RumorsThey’re Back Together

Fresh off her lavish trip to the Bahamas, Kylie Jenner and Stormi Webster had a sweet family lunch date with dad Travis Scott!

Kylie Jenner, 22, and Travis Scott, 27, have everyone asking “are they, or aren’t they?” The exes reunited once again for lunch on Sunday, Mar. 1 with their adorable daughter Stormi Webster, 2. The trio were spotted in Calabasas, California stepping out of Kylie’s swanky all-beige Mercedes G-Wagon, which she had re-painted almost a year ago. Doting dad Travis sweetly held Stormi in his arms, and they looked so adorable together! Little Stormi kept her hair in a high bun just like Kylie, rocking a white t-shirt, gray overalls and the cutest beige-and-black Nikes. The Astroworld rapper echoed his daughter’s laid back vibe in a navy bomber jacket, brown baseball cap, black pants and a pair of Nike shoes that appear to be from his upcoming collaboration. 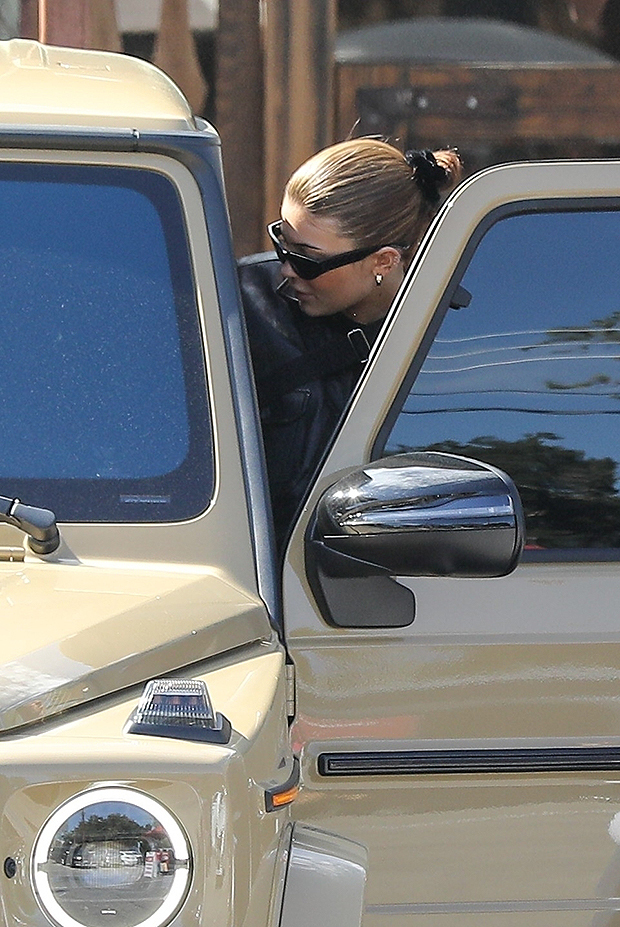 Fresh off her girls’ getaway to the Bahamas, Kylie was absolutely glowing! The makeup mogul showed off her toned abs in a fitted black crop top, paired with a low rise pair of gray sweatpants, a leather jacket, and Nike sneakers. We’re getting the vibe that the Jenner-Webster clan are definitely a Nike family, but no one needs to tell Ky’s brother-in-law Kanye West, who’s Yeezy designs are one of Adidas’ most popular items. Kylie added her own personal touch to the Nike shoes with a baby pink pair of laces, which is known to be her favorite color. Still sporting her gorgeous honey highlights, she kept her hair back in a black velvet scrunchie and accessorized with a crossbody bag, gold hoop earrings and a pair of sunglasses. The family was joined by a security guard, who could be spotted behind Travis and Stormi in a photo.

The sighting comes just two days after Kylie posted a seemingly cryptic series of posts to her Instagram story that hinted she could be back on with Travis. The posts were photos of the pair sitting court side at a Houston Rockets game back in May 2017, and the posts definitely looked flirty!

In the first, the “Sicko Mode” rapper appears to whisper in Kylie’s ear, followed by a second where he gently strokes her head, and a third where Kylie gives him the bedroom eyes. “It’s…a…mood,” she added over the photos — leading fans to think they reunited romantically!

Kylie’s mom Kris Jenner recently addressed the topic in an interview with Ellen DeGeneres. “I don’t know if they’re back together,” she told the talk show host, adding that Kylie and Travis are “great co-parents.” Travis and Kylie have definitely proved that, and were seen taking Stormi to an indoor trampoline park in Woodland Hills just last weekend! The family later stopped for a sweet treat at Afters Ice Cream. 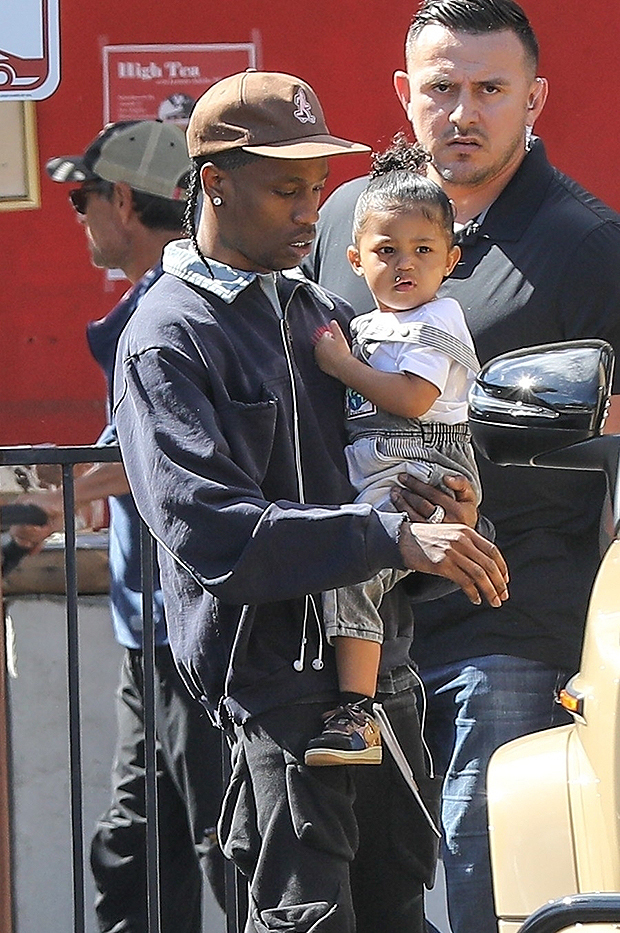 In an interview published earlier this month in Harper’s Bazaar, Kylie opened up about the current status of her relationship with Travis. “We have such a great relationship…We’re like best friends,” she gushed to the magazine. “We both love Stormi and want what’s best for her. We stay connected and coordinated. I think about [my parents] in situations with Stormi, what they would do. They were very hands-on with me, and I want the same for Stormi.”