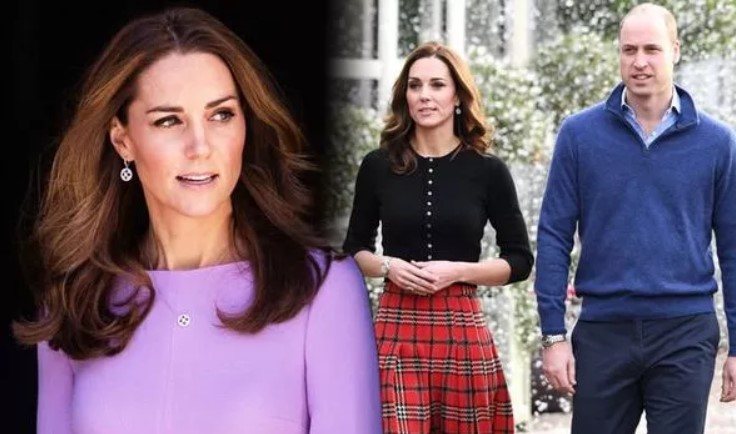 KATE MIDDLETON, 38, is the Duchess of Cambridge and wife of Prince William, 37. It is likely he will one day become King and the Duchess will need to make a huge life change.

Kate Middleton has been a senior member of the Royal Family since marrying Prince William in 2011. The Duke of Cambridge is second in line to the British throne and will probably one day become King. If this does happen, Kate will need to make a very big change in her life.

Kate and Prince William met while studying at the University of St Andrews in 2001. In October 2010, the couple became engaged while on holiday in Kenya and the wedding took place the following year. At the ceremony, which was held at Westminster Abbey in London, Kate was given the title of the Duchess of Cambridge.

Since then, the couple have had three children together, Prince George, six, Princess Charlotte, four, and Prince Louis, one. Kate’s life has already completely changed since marrying Prince William as she became a working royal. Over the years, the Duchess has regularly appeared at official events to perform her royal duties. However, if Prince William is to succeed to the throne, Kate’s life will change once again.

The royal couple will need to move out of Kensington Palace in London where they currently live. Instead, Kate and William will move to Buckingham Palace as this is the official residence of the monarchy. The Duchess of Cambridge will also get a new title and become Queen Consort as this is the name given to the wife of the ruling King.

She would be honoured with her own coronation and would share the same status as the King, but not the same political power. The Royal Family website said: “Unless decided otherwise, a Queen Consort is crowned with the King, in a similar but simpler ceremony.

“If the new Sovereign is a Queen, her consort is not crowned or anointed at the coronation ceremony.”

The role means Kate will need to take on extra responsibilities, such as doing more charity work. This will probably not be difficult for Kate who already works with various charities, including those that support early years support and children’s mental health. She has notably been getting more involved in her royal role over the past few years. Susan E. Kelley, owner and editor of What Kate Wore, told Vanity Fair: “A couple of years ago, you might have seen her being a little bit timid.

“Now, she seems like she’s in a more take-charge position. I’m beginning to see the person who’s going to be queen emerging.”

Her change in confidence could also indicate the royal is getting ready for her husband to take to the throne.

How did Kate Middleton become a royal?

Kate Middleton, or Catherine, Duchess of Cambridge, was born on 9 January 1982 at the Royal Berkshire Hospital, Reading, England. She was born to Michael and Carole Middleton, a former flight dispatcher and air hostess. The couple founded a party supplies company, Party Pieces, in 1987 – now estimated to be worth £30 million. Kate has a younger sister Pippa Matthews, 34, and a younger brother James Middleton, 31.

Kate and her family moved to Amman, Jordan, in 1984, where the future Duchess was educated at an English-speaking nursery school. After moving back to Berkshire the family sent Kate to private school, St Andrews School. She went on to briefly study at Downe House before moving onto Marlborough College where she boarded. For university the young Kate attended the University of St Andrews in Fife, Scotland. Here she was awarded an undergraduate MA (2:1 Hons) in history of art.

Kate met Prince William when they were both studying at St Andrews, and both living in St Salvator’s Hall. Famously, William reportedly took a fancy to Kate after she wore a see-through dress during a fashion show. In 2003 the couple began dating and lived together during their second year of university. The couple split in April 2007, however, in October they were back together.

Prince William proposed to Kate Middleton with his late mother Princess Diana’s engagement ring in October 2010. The couple were holidaying in Kenya at the time. On 29 April 2011 they married at Westminster Abbey with a whopping 26 million watching the event live. Kate wore an Alexander McQueen dress worth a reported £250,000 on the big day. Kate assumed the title “Her Royal Highness The Duchess of Cambridge” and also become the Duchess of Cambridge on the day.