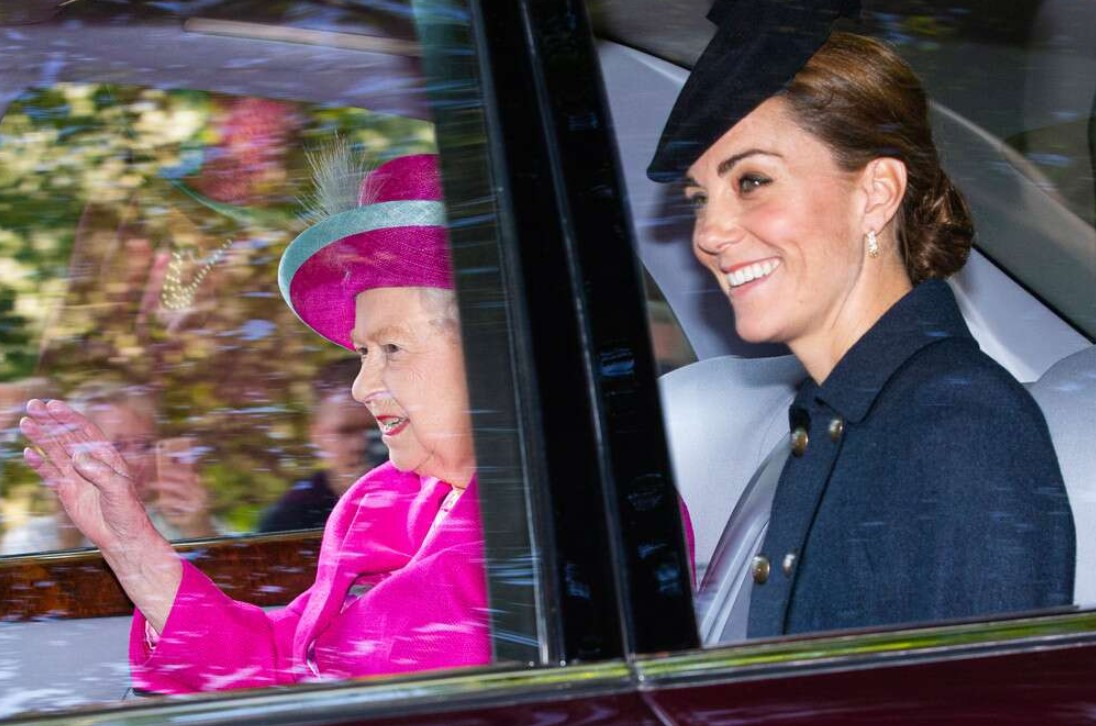 Kate Middleton and Prince William were all smiles on Sunday morning as they accompanied his grandmother Queen Elizabeth II to church services near her summer estate in Scotland. Kate and William’s children, Prince George, Princess Charlotte and Prince Louis, were not spotted. The whole family flew to Scotland on a budget flight last week to join the Queen, who traditionally hosts her family members at Balmoral Castle at the end of the summer.

On Sunday, Kate, William and the Queen all rode together to Crathie Kirk church. The Duke of Cambridge was photographed sat in the front seat of a limo driven by a chauffeur, while the women sat in the back and appeared to enjoy a lively conversation. The Duchess of Cambridge looked chic in a navy double-breasted herringbone coat over a green peacock-patterned Michael Kors shirt dress, paired with small gold hoop Asprey Oak Leaf earrings. She wore her hair in a bun. The Queen looked regal as ever in a fuchsia jacket and matching hat with silver accents, a pink floral dress, strings of pearls and a butterfly brooch.

The three rode to church during last year’s summer vacation in Scotland as well.

William’s dad Prince Charles and wife Camilla, Duchess of Cornwall also attended the services on Sunday, reports said, as did several other royals, such as Charles’ siblings Princess Anne and Prince Edward and their families. Not spotted: Charles’ brother Prince Andrew, who has been making headlines over his past friendship with late accused sex trafficker and billionaire Jeffrey Epstein.

Also not spotted at or en route to the Sunday church services: Prince Harry and Meghan Markle and their baby son Archie Harrison. It is speculated that the family will join the royals at Balmoral in the coming days.