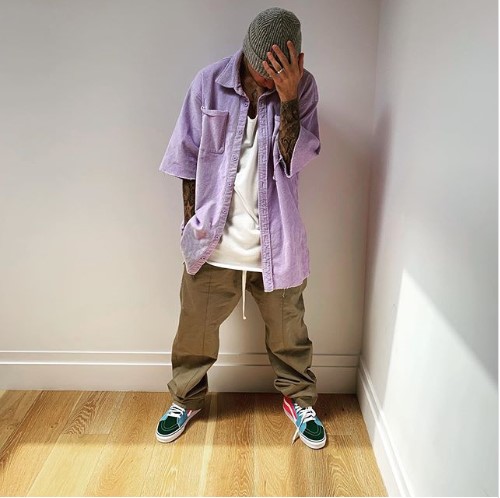 It looks like Justin Bieber, 25, is finally wearing a wedding ring after marrying Hailey Baldwin, 22, in Sept. 2018. The singer showed off the symbol of commitment on his left ring finger in new pictures he posted to Instagram on May 29 and June 2 and although he seemed to try and keep it subtle by not mentioning it, it was definitely noticeable! In one pic, which Justin posted to promote his clothing company, Drew, he is sitting on a counter top while wearing Drew gear and drinking from a mug with his left hand, which is showing off the ring. In the second pic, which Justin used to promote positivity, he is standing with his head down while his left hand is placed on it and again, that ring can very clearly be seen.

Justin’s positive message was a thought-provoking one but some fans couldn’t help but mention the ring in the comments of the pic. “Your ring