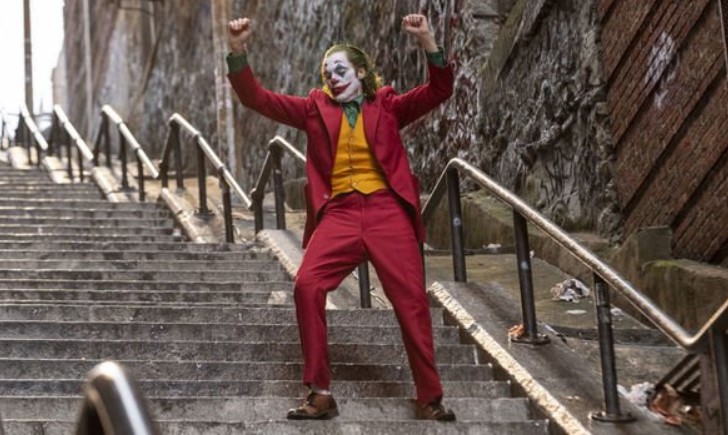 WARNER BROS movie Joker has become one of the most anticipated movies of 2019 – here is all you need to know about it. The new DC movie, Joker, has received acclaim across critics thanks to an outstanding performance from Joaquin Phoenix. The film was first a concern for some DC Comics fans who did not know what to expect. But reviews rolling in show this is definitely one to watch – and fans are getting excited.

What is Joker release date?

Joker comes out in the UK and USA on October 4, with most countries getting the chance to see the film on either October 3 or 4. Of course, some lucky people will have already caught the film as it premiered at the Venice il Festival on August 31, before it played the Toronto International Film Festival the following week. Joker has done the rounds of the festival circuit so far, playing at Hamburg’s Reeperbahn Festival before it plays at Zurich Film Festival and New York Film Festival, all ahead of its worldwide release.

Who is in the cast of Joker?

The cast is led by Joaquin Phoenix as Arthur Fleck, a failed stand-up comedian who struggles with his mental health as he tries to break into showbiz. His downfall will not be solely based on his own issues however, as surly talk show host, played by Robert De Niro, also has a hand in the creation of the Joker. De Niro’s character, he has said, pays homage to Rupert Pupkin, his character in Martin Scorcese’s King of Comedy, who was also a stand-up comedy driven to kidnapping a talk show host after being ignored and humiliated.

Zazie Beetz, of Atlanta and Deadpool fame, will play single mother Sophie Dumond, Fleck’s love interest, while Frances Conroy, most recently known for American Horror Story, will play Penny, the Joker’s mother. Finally Marc Maron, podcaster and star of Netflix’s Glow, will play a TV agent on De Niro’s talk show, who plays a part in booking Fleck, which helps lead to his incarnation at the Joker, and Josh Pais will play an old-school hotel manager, Hoyt Vaughn. Todd Phillips will be directing, though he is best known for American comedies like The Hangover series.

What is the plot of Joker?

Director and co-writer Todd Phillips has said he has written an “exploration of a man disregarded by society [that] is not only a gritty character study but also a broader cautionary tale.” That man is Arthur Fleck (Joaquin Phoenix) a stand-up comedy who fails to achieve his life goals and struggles to cope with his own demands. As a result, he becomes a nihilistic criminal and, with Rupert Pupkin being a touch point, there is no telling what the Joker may do. The trailer has shown hundres of people in Joker masks looking to storm the city (assumingly Gotham City) meaning there will definitely be havoc wreaked by this villain.

Is there a trailer?

There have been a number of trailers released, all which seem to show a man really struggling to cope with his failures as he tries to earn enough money to survive. There is a moment which, the trailer suggests is the beginning of him going by Joker, as he asks Robert De Niro’s talk show host to introduce him as such, before inevitable carnage ensues. Clearly, this film will show a man on the edge, but let’s hope it leads us into an incredible journey for the Joker.

Joker is in cinemas now