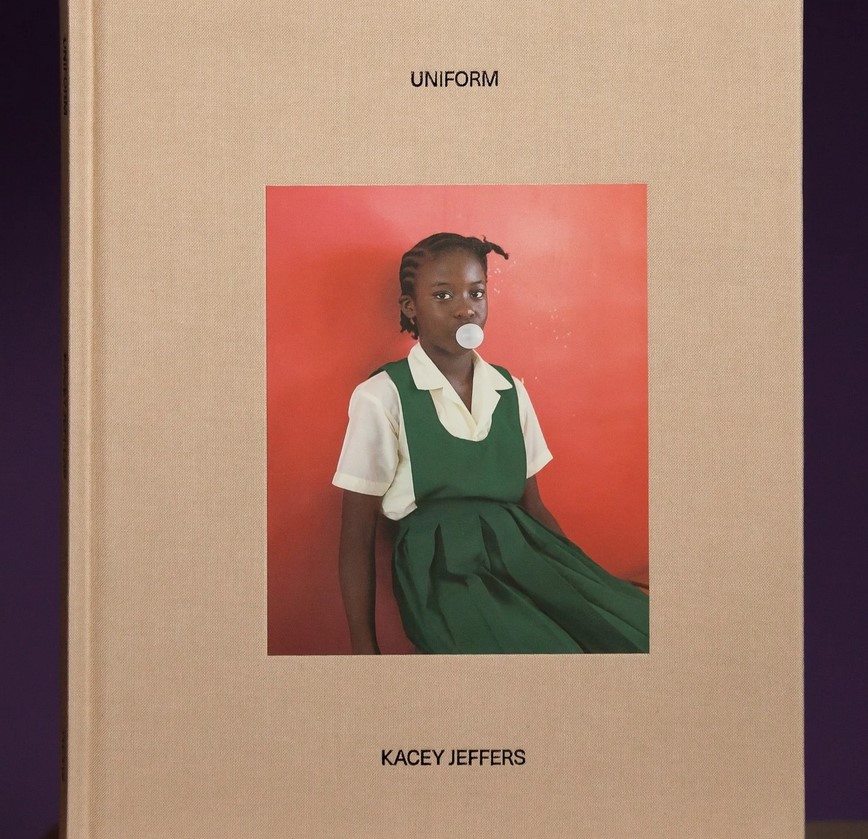 In Uniform, Kacey Jeffers Captures Both Nostalgia and the Future

You could say that Kacey Jeffers is the kind of guy who thinks of lemonade when he encounters lemons. The 31-year-old photographer is about to publish his first book, Uniform, a project that only came about because he found himself having to return to live on Nevis, the Caribbean island that he grew up on. Uniform is his series of portraits of Nevisian kids in their regulation garb, shot in situ at Nevis’s 14 schools. His images make a terrific use of light and have an impeccable color sense. They also beautifully, and oftentimes poignantly, chronicle how despite having to wear the same thing as everyone else every single school day, who you really are can’t help but shine through.

Jeffers could be included in that. Working as a model in London before turning to photographic work in New York, he was initially thrown by returning to Nevis after his United States visa expired. Yet, in the end, he was to find something positive in the experience, and with it the implication that pursuing your art wherever you find yourself can ultimately be rewarding—and liberating. “I was in that mindset of, I’m going back home. God, what am I going to do?” Jeffers recalls. “But I started thinking deeply and asking myself questions like, What do I have here that no one else has access to? I went from I’m not going to shoot here, to Okay, let me see what I can do here.”

What he did was work with the Nevisian cultural office and the island’s educational authorities to photograph students nominated by each of the 14 schools: a move, Jeffers says, to add both a sense of democracy to the project—“My only requirement was that I didn’t want the kids who typically get all the attention,” he says—and to challenge himself both as a portraitist and a documentarian. “There was obviously a sense of nostalgia,” he says. “But it went deeper than that. I’ve added quotes [from the students] to see how they express themselves—and what I could learn from them about who I was at their age.”

The students’ commentary adds extra emotional resonance to the images. Full of ambitions and fears, hope and humor, their words have a universality that strikes a chord in all of us: of the notion of life tantalizingly stretching ahead and where it all might lead. For Jeffers, the latter is pretty clear in some regards. Uniform is also, he says, the tangible means to say to those he photographed: “You can do this, and this is how, because I’ve done it.”