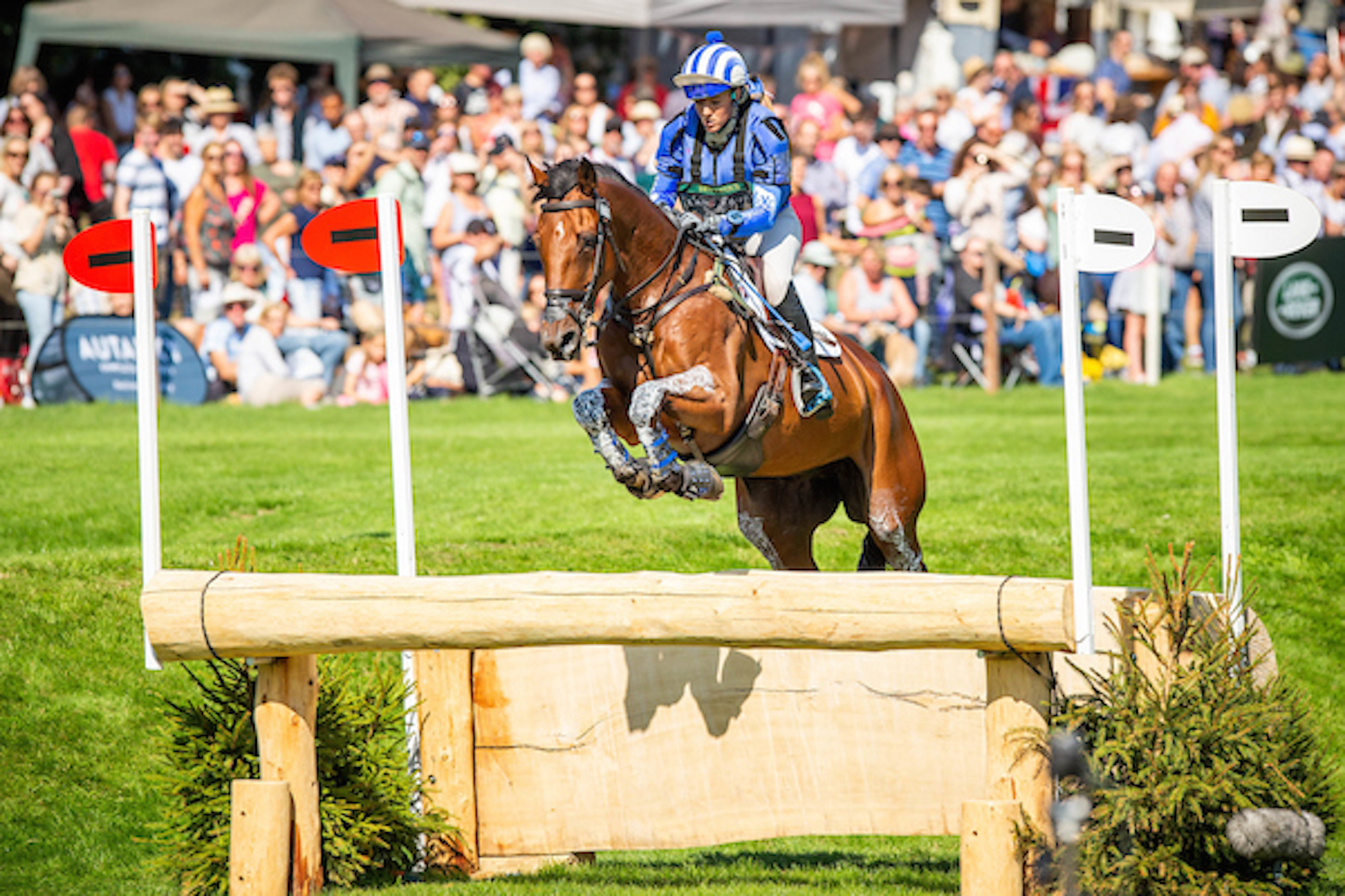 Imogen Murray: Eventing’s One to Watch

On a grey and rainy winter’s day in the North of England, you might expect to find the residents of the small village of Willoughby Waterleys curled up in front of a cosy fire. But that’s not the life of Imogen Murray, world-class event rider whose yard is based in the village, population 300. Instead, you’ll likely find her buzzing around her busy yard where she rides up to twelve horses per day and spends much of her time getting to know the personalities, likes, and dislikes of each of her mounts.

With a reputation as ‘one to watch’ in the world of Eventing, Imogen is climbing the ranks with grace, while retaining an approachable and down to earth charm. Chatting with Imogen feels more like catching up with a friend you’ve known for years, and it’s easy to find yourself drawn in by her warm and bubbly personality.

“I feel my most creative when I’m working with a more difficult horse.”

Following in her brother’s footsteps…

No stranger to the world of Equestrian sport, Imogen started riding at the tender age of three, initially to copy her older brother, and later; at the age of twelve – switched disciplines from Jumping to Eventing, to once again follow in her big brother’s footsteps. Her pony, Juno, is a unique mare with intriguing breeding, as her dam was a Highland Pony and her sire a Warmblood.  The combination, while peculiar, resulted in a little Dun pocket-rocket that would instill a true love for the sport of Eventing that looks set to last a lifetime.

Now, at the age of 27, you’d be right in calling her a young rider, but she is not inexperienced by any means with ten years already under her belt as a professional rider.  Although, she is the first to admit that she had a case of imposter syndrome for the first three or four of those years! When it comes to dealing with the feelings of uncertainty over your own ability, she had some sage advice for fellow riders young and old alike. She said: “I think it’s a difficult thing, but something that everyone probably feels and as long as when you feel that way – you remind yourself that everyone has those moments it doesn’t have to feel so bad.

“I’ve been lucky to have been given some great opportunities as part of being on team GB with people like Piggy French, Pippa Funnell, and Tina Cook. Being around riders of that calibre, and competing against them a lot, they’re often there to offer advice.

Having real-life conversations with the people who you consider to be the ‘real’ pros and hearing from them that they have those moments as well, it reminds you that no matter how big you get it’s just part of being human, and to be honest – I still find myself thinking ‘oh my God’ every time I compete.”

Imogen comes from a family with no background in the equestrian world, which means she only has her older brother to thank for her current career trajectory. While many would consider having a non-horsey family to be an obstacle, the hard-working and positive Imogen would consider it the exact opposite – it is her greatest strength!

She said: “I’ve always ridden and competed against riders whose families have been riding for generations, and I suppose we always felt like the family that didn’t know as much as everyone else.”

“Because we were learning as we went along, and we couldn’t afford to buy the ready-made ones –– Juno was and still is to this day our most expensive purchase, and she was worth every penny –– everyone apart from her I made myself from the start.”

“I think that makes you quite resilient as there are a lot of setbacks that go along with learning in that way and producing horses and I think because of that it’s made us robust.”

Imogen has a clear understanding of what helps her to stay challenged, adding: “I feel my most creative when I’m working with a more difficult horse, and the normal avenues don’t work. Knowing we have to get from where they are to event-ready, that process of working with them and trying to find a way of training that works for them. It’s often that they clearly have the talent, it’s there, and they want to do it – but they don’t quite follow the normal mould.”

It’s not all plain sailing in the world of competitive equestrian sport, and often – the horse that has a bright enough mind to make it to the top, can have some unique quirks that challenge the daily lives of the team tasked with caring for them.

“He’s never been conventional, but he’s likely taught me the most of any horse; notably that persevering with a horse that never does anything by the book can pay off big time if you’re willing to keep trying!”

While many riders have an unwavering passion for our sport, I’ve only ever met a rare few with such joy and excitement after this many years in the game. Imogen clearly isn’t a girl that takes her life or opportunities for granted, she’s a go-getter, and unsurprisingly she has big dreams for the future.

But she’s not one to overlook the support from her family, owners, team, and sponsors that helped her on this journey. In fact, it’s one of the areas she talks about with the most heartfelt appreciation, and perhaps this humility is what allows her to have such a positive attitude.

“I’d really really, really love to go to an Olympics, and I think one of the unique aspects of Equestrianism as a sport is that there’s no age limit. So whether I get there in four years or years down the line – as long as we keep trying, keep going, and keep improving – it might happen.”

“The plan is to keep getting my name out there, get the results, and hopefully be recognised by the teams. It’s a very competitive nation, which does make it harder for younger people coming through because I suppose a downside to that longevity of riders in this sport is that it can be difficult to knock the seasoned pros off of their thrones.”

“It’s a case of trying to be there, having more top horses on the circuit so that you’re always in their line of sight so that when they’re thinking of up-and-comers for teams, you spring to mind rather than just chugging along under the radar.”

As we finished up our chat, my final question to Imogen offered perhaps the most telling insight into her mindset of them all; I asked her – What would you buy if I gave you £1,000,000 right now. And while many a rider jumps straight in with an answer of “A top horse”, that wasn’t what Imogen wanted – she wanted a nice indoor school to be able to school out of the rain.

When asked about why she wouldn’t buy a new horse or two, she was quick to discuss the feeling of training a horse from the ground up and taking it up through the levels, not only in terms of competitive success but in the partnership you develop as a team during that entire period. And that’s something that can’t be bought – not even for £1,000,000!