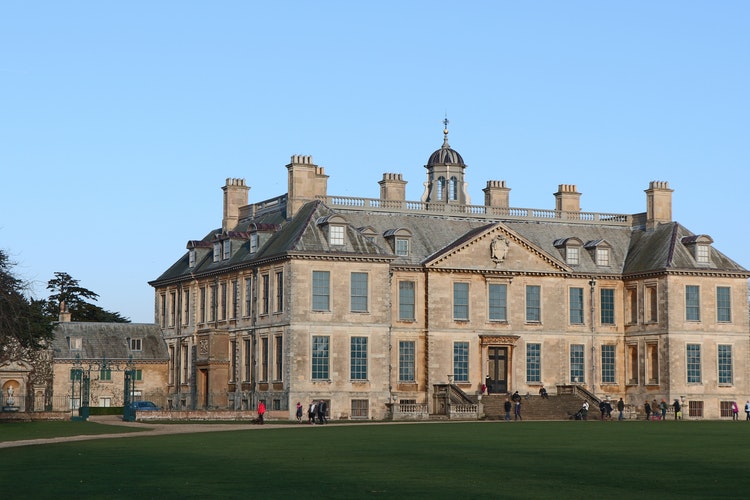 A 15th century manor house in the English countryside that comes complete with all the amenities fit for a bona fide British aristocrat is on the market.  Ockwells Manor, in the county of Berkshire, and close to Windsor, listed earlier this month with an asking price of £10 million (US$12.6 million). The centuries-old property has a host of high-class amenities, such as a polo field, stables, tennis court, swimming pool and helicopter hangar.

But despite the modern touches, the home hasn’t lost any of its historic character, according to John Henson, head of residential at Savills Windsor.

“Every room you go into, there’s a huge amount of history there—from flooring and walls to cornicing and fireplaces,” Mr. Henson told Mansion Global. “It’s been cared for. Everyone who has owned it has fallen in love with it and maintained it.”

Historic highlights include the Jacobean staircase, the 17th century paneling and a 15th century stone fireplace, according to the listing. There are also stained-glass windows, beamed ceilings, a snooker room and a vaulted great hall loaded with eclectic period furnishings.  With all that history, it comes as no surprise that the eight-bedroom home is Grade I-listed, the rarest historic designation in England, marking the home as one of exceptional interest.

Also on the estate is a three-bedroom lodge, a listed barn, the original medieval gate house, topiaried gardens and an ornamental pond.  The grounds span 42 acres and from the house any future owner will be able to “look over what you own and feel like you are literally lord of the manor,” Mr. Henson said. The seller has owned the home since the 1980s and is London-based. Ockwells Manor serves as their country home, Mr. Henson said.