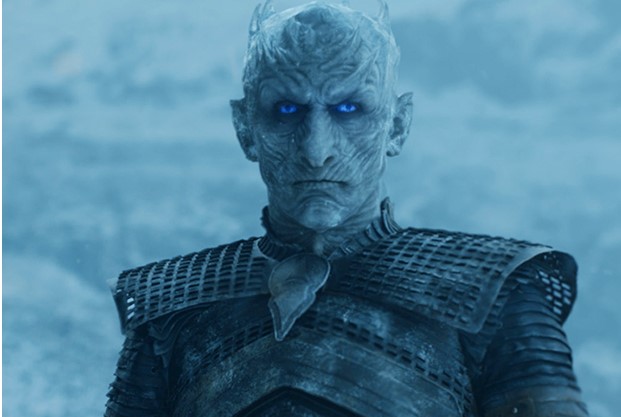 HIGH POINTS | Turning Craster’s final son into a White Walker; resurrecting Hardhome’s fallen defenders as wights; learning the Three-Eyed Raven’s location (and later killing him) after Bran’s solo vision went awry; killing Viserion, resurrecting him as a wight and using him to breach the Wall; becoming the most widely feared enemy across Thrones’ eight seasons. (Well, those were high points for him, at least.)

LOW POINTS | Getting turned into the Night King in the first place by the Children of the Forest; watching some of his men die during the Massacre at Hardhome; failing to hit Drogon with his spear during the Wight Hunt

CAUSE OF DEATH | After stabbing Theon during the Battle of Winterfell, the Night King approached Bran… and allowed Arya to sneak up behind him and ultimately stab him in the gut, reducing him (and his army of undead wights) to mere icicles.

EPITAPH | Frankly, we won’t miss the Night King, and we doubt that any of Thrones’ surviving characters will, either. But we’ll admit it: His icy stare alone was enough to fill us with dread, and he went out as one of TV’s most chilling villains of all time.