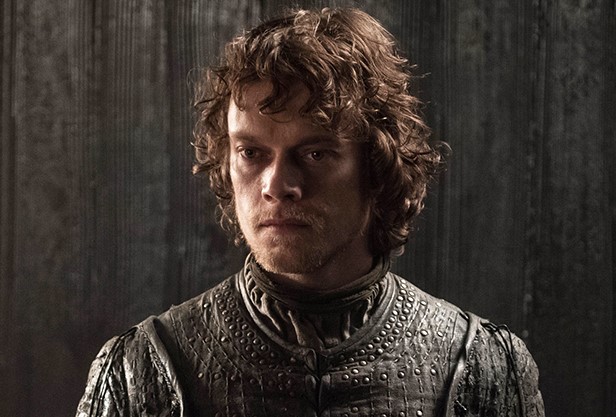 HIGH POINTS | Pledging fealty to Robb Stark; murdering one of the women complicit in his castration; escaping Ramsay’s rule alongside Sansa; regaining his confidence and identity with Yara’s help; rescuing Yara after Euron took her hostage; volunteering to protect Bran during the Battle of Winterfell

LOW POINTS | Volunteering to kill direwolf puppies; attempting to seduce his own sister; getting too big for his britches on multiple occasions; betraying House Stark, seizing Winterfell and essentially becoming a monster, including the murder of two boys that he pretended were Bran and Rickon; getting captured, brutally tortured and castrated by Ramsay Bolton; being given the name Reek, a weak identity he fully embodied; being forced to watch Ramsay rape Sansa on the night of their wedding; failing to stop Euron from taking Yara hostage in the first place

CAUSE OF DEATH | Stabbed with his own weapon by the Night King, in an effort to protect Bran in the godswood during the Battle of Winterfell

EPITAPH | Theon’s hubris caught up with him early on in Thrones’ run — and he never quite recovered from the enormous price he paid. Here’s hoping death will bring him a little peace after living a life that was, frankly, torture.