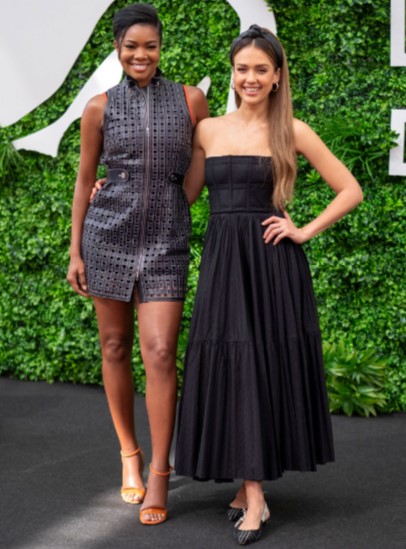 L.A.’s Finest stars Gabrielle Union and Jessica Alba are breaking their silence on the “heartbreaking” on-set accident that left showrunner Brandon Sonnier with a partially amputated leg. On Saturday, Union, 46, grew emotional at the 59th Monte Carlo Television Festival when she recalled how the crime drama’s cast and crew were left without words after the incident in late February.

“I don’t know if there’s a word that’s big enough to describe how the whole production felt, how everyone associated with the show felt,” she said at the event, according to Variety. “I don’t know if saying ‘heartbreaking’ or ’devastating’ is enough. I don’t have a word.”

Despite the horrifying injury, the actress said Sonnier was optimistically readjusting to his “new normal,” adding, “He was back coaching on the sidelines of his kids’ games within a week and a half. We were like… and he was like, ‘It’s my new normal; get on board, guys.’ ”

Alba, 38, also praised Sonnier’s resilience, and said they have been exchanging text messages that show he’s already back in the writers’ room and looking ahead to the show’s future after it was renewed this week for a second season.

“A fully hands-on father… yes, he is so resilient and inspiring,” Alba said at the same event, Variety reported. “But when you go through something that is like that, you can see the type of family and community that you surround yourself with, and he and all of us really came together as a family in a way that you just never even realize until something like that happens.”

Sonnier, who serves as L.A.’s Finest’s co-showrunner and executive producer, was injured along with his producing partner Brandon Margolis during a car scene involving a stunt vehicle in San Pedro, California. The two were in the video village area when the vehicle rammed into a cargo crate, which then slammed into the video village, according to Deadline.

Sonnier’s leg was reportedly pinned in the crash, and both men were taken to the hospital to be treated for their injuries. Margolis was released shortly after, but Sonnier had to have his leg amputated just below the knee. The accident shut down production of the show, which premiered in May, and filming the following day was canceled.

“Our hearts go out to our SPT family members who were injured and we pray for a full recovery,” Sony Pictures Television Jeff Frost and co-Presidents Chris Parnell and Jason Clodfelter told Deadline.

“We are saddened by this incident and send our most heartfelt wishes to our two beloved crew members, hoping their recovery is both swift and complete,” added Katherine Pope, Head of Spectrum Originals.

L.A.’s Finest is based on the Bad Boys film series and follows Sydney Burnett (Union) as she leaves her complicated past behind to become an LAPD detective alongside her new partner Nancy McKenna (Alba).