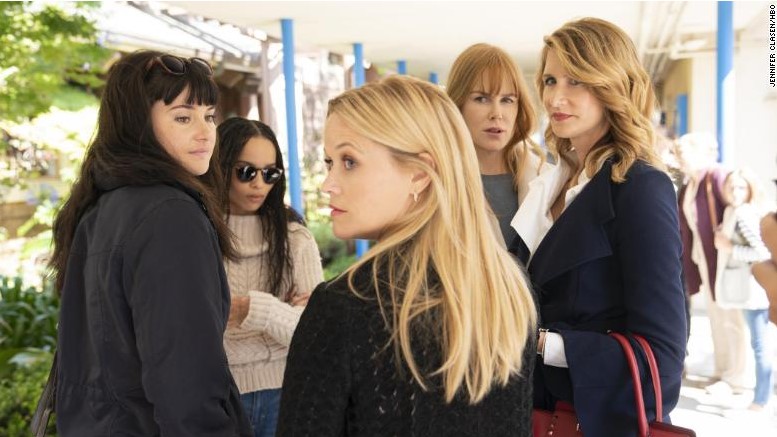 The second season of HBO’s miniseries “Big Little Lies” has been showered with praise by critics and viewers alike, whether it be an appreciation for the grief-stricken, cathartic scream from new cast member Meryl Streep’s meddling Mary Louise to its discussion of money and power as Laura Dern’s Renata Klein is faced with losing both thanks to her husband.

This isn’t a huge surprise. The first season, which premiered in 2017, won eight Emmy awards, including best limited series. But despite this pedigree, don’t expect to hear this show’s name when the 2019 Emmy Awards are announced Tuesday.

Before fans prepare to hurl ice cream cones at Emmy voters, they should note that there’s a reason for this. The second season of “Big Little Lies” premiered June 9. That’s a week and some change after the Television Academy’s May 31 cut-off for this year’s eligible entries.

“Big Little Lies” is also by no means the only prestige program that’s been kicked to the 2020 dockets. Its company includes the third season of Netflix’s “Stranger Things,” which premiered on July 4, and the fifth season of the streaming channel’s “Black Mirror,” which came back on June 5.

Hulu’s “The Handmaid’s Tale,” which won the Emmy for best drama series in 2017, can also not submit its third and current season until next year because it premiered on June 5. However, the three episodes from Season 2 that aired after last season’s cut-off are eligible this year — thanks to the Academy’s somewhat complicated “hanging episodes” rule. This means that Bradley Whitford, who is now a series regular on the dystopian drama, could receive a guest actor Emmy nomination for his work in the second season because his character was introduced at the end of the series. It also means that the writers and directors for this trio of episodes are also eligible.

Hulu senior vice president of originals Craig Erwich denied that the shift in the show’s premiere date from spring to summer had anything to do with squaring off against the final season of HBO’s “Game of Thrones” when he was pressed by journalists during the network’s winter Television Critics Association press day. Instead, he argued that the shift was about “maintaining the quality of ‘The Handmaid’s Tale'” and that “we wanted to give the show enough time in season three to maintain the incredibly high standards of storytelling that were set in season one and two.” (In his review of season three, CNN critic Brian Lowry wrote that the drama “feels the weight of its timeliness”).

The first season of FX’s “Pose,” the penultimate chapter of Netflix’s “Orange is the New Black” and other shows that started their seasons in summer 2018 are also eligible for Emmys this year.