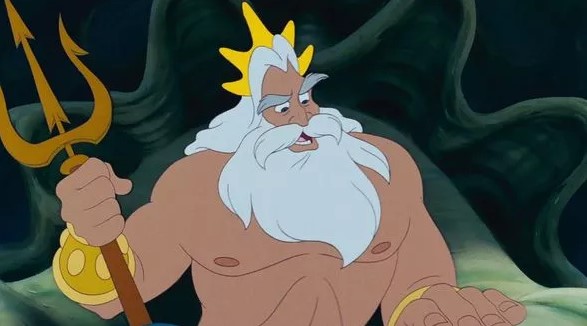 THE LITTLE MERMAID’S live action remake is gathering pace, with reports emerging on who will play King Triton. Halle Bailey has already been confirmed as Ariel in the new film, while Melissa McCarthy is thought to be nearing a deal to play Ursula. Awkwafina and Jacob Tremblay are thought to be on board, while yesterday it was claimed that Harry Styles is in talks to play Eric.

Now, we may know who’ll be Triton.

Javier Bardem is the name in the frame, according to a new report from Variety. Spanish star Bardem is an Oscar winner: he scooped Best Supporting Actor for 2007’s No Country For Old Men. He’s also a popular former part of the Bond universe: he played Raoul Silva in the massively successful Skyfall in 2012; nabbing a BAFTA nomination for his work.

Bardem recently worked with his wife on the film Everybody Knows, and he’s in the new Dune film with an all-star cast that includes Timothée Chalamet, Rebecca Ferguson, Oscar Isaac, Josh Brolin, Stellan Skarsgård, Dave Bautista and Zendaya. Production is expected to begin on The Little Mermaid in early 2020, with Alan Menken – the man behind the original songs from the 1989 animation – returning to update the classic tunes and add some more.

Rob Marshall is directing, and the only cast member he’s explicitly confirmed so far is Bailey. He said in a statement earlier this month: “After an extensive search, it was abundantly clear that Halle possesses that rare combination of spirit, heart, youth, innocence, and substance — plus a glorious singing voice — all intrinsic qualities necessary to play this iconic role.”

Bailey shared on Twitter that the opportunity is a “dream come true”.

Jodi Benson, who voiced Ariel in the 1989 film, has fully endorsed Bailey as her successor – defending her against a barrage of racist criticism.

“I think that the spirit of a character is what really matters,” she said.

“What you bring to the table in a character as far as their heart, and their spirit, is what really counts.

“And the outside package – cause let’s face it, I’m really, really old – and so when I’m singing ‘Part of Your World,’ if you were to judge me on the way that I look on the outside, it might change the way that you interpret the song.

“But if you close your eyes, you can still hear the spirit of Ariel.”