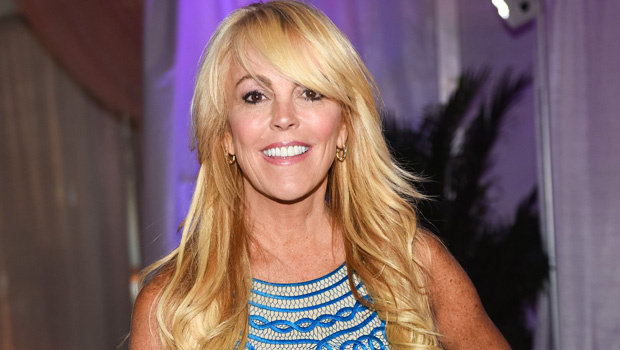 Dina Lohan was arrested outside of an Outback Steakhouse in New York on the night of Jan. 11 after she allegedly clipped a car with her 2016 Mercedes and left the scene.

Dina Lohan, 57, had an eventful night on Jan. 11 when she was arrested for allegedly hitting a car and fleeing the scene. The mother of Lindsay Lohan, 33, was driving her 2016 Mercedes outside of an Outback Steakhouse restaurant in New York when the alleged accident happened and although she allegedly left the scene, the owner of the vehicle she hit chased her all the way back to her Long Island home, according to TMZ. When cops arrived, Dina refused to take a drug/alcohol test but they observed that she was intoxicated and arrested her for a DWI, leaving the scene of an accident, and aggravated unlicensed operation of a motor vehicle, the outlet reported. Due to Dina having a prior DWI, the one she faces now is a felony.

A spokesperson with the Nassau County Police Department confirmed Dina’s arrest to HollywoodLife. “Dina Lohan, the mother of Lindsay Lohan, was arrested for a DWI arrest in the town of Merrick where she resides. She went to court already. [She was arrested for] DWI leaving the scene of an accident. Any further details go to the court. This incident occurred on the 11th of January at 6:20 p.m,” the spokesperson said.

Dina’s lawyer, Mark Heller, also confirmed the arrest and revealed that she is pleading not guilty to all of the charges. “We appeared at the arraignment this morning and we entered not guilty pleas to all charges,” he told us. “We look forward to attending court this coming Wednesday to establish her innocence. She’s back home. She’s doing fine.”

Prior to Dina’s latest arrest, she was arrested for drunk driving in 2013 when she was pulled over in her vehicle while going 77mph in a 55mph zone. She was charged with two counts of driving while intoxicated and one count for speeding. In June 2014, she pleaded not guilty to the charges and was sentenced to community service.