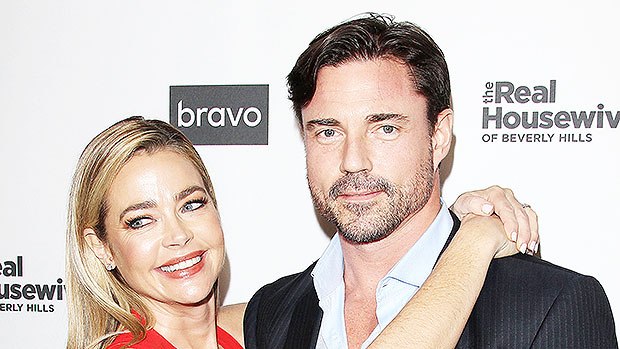 Aaron Phypers became upset during the May 28 episode of ‘RHOBH’, when he learned that his wife, Denise Richards, told everyone about his ‘happy ending’ massage.

Oops! Aaron Phypers, 46, discovered that his wife, Denise Richards, 48, told her Real Housewives of Beverly Hills co-stars about his massage that ended with a “happy ending”, when they received a wedding gift from Lisa Rinna and her husband, actor Harry Hamlin. The note attached to the present toasted to their “many happy endings,” so Aaron immediately asked Denise to explain what they meant by that.

“Remember on the camping trip? I may have done something that you might not be happy about,” she said, before he asked, “You told everybody about that?” And when she said, “yes”, he replied, “Oh my God.” As Denise revealed in a previous episode, Aaron had never had a “happy ending” massage (one that ends with a hand-job) before meeting her, so they went “on the hunt” for one. Unfortunately for him, though, the woman that he got the massage from wasn’t exactly someone he was attracted to.

“I didn’t get into details [with the ladies],” Denise assured Aaron, as her 8-year-old daughter Eloise sat just a few feet away from them. “I did say you were a bit mortified. I think I said that — or that was just in my brain,” she added.

Then, Aaron explained, “It was so awkward. It was awkward. It was the weirdest thing ever.” But it wasn’t “weird” for the reason you might think — instead, it was “awkward” because of how old the woman was. “I’m sure if she wasn’t 100 years old, it would not have been weird for you,” Denise said.

“She was like, 200 years old,” Aaron corrected Denise. Then, he just shrugged his shoulders over the fact that everyone knew about the experience — “Well, it’s out there now.”