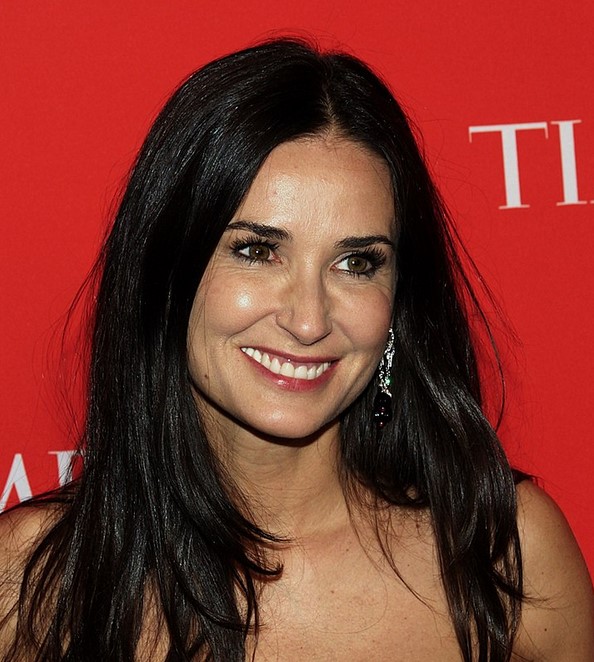 At age 42 — two years into her new relationship with Ashton Kutcher — Demi Moore was pregnant. The now 56-year-old star detailed this pregnancy in the pages of her new memoir, Inside Out, and spoke about it with ABC News’ Diane Sawyer on the Sept. 24 episode of Good Morning America. Sadly, after carrying the child for six months, Demi and Ashton were given some heartbreaking news. “You could see a combination of [the doctor’s] dread, and it shifting then immediately into matter-of-fact, practical information — because it was unquestionable, because there was no heartbeat.”

Demi, who shared a picture of this baby bump on GMA, said that she “can’t even really bring fully to words how lost, empty, desperate [and] confused” she felt after losing the baby. She also said that she and Ashton attempted in vitro fertilization “quite a few times,” but it wouldn’t work. The impact of losing this baby and the failure to get pregnant again left Demi spinning. “I really lost sight of everything that was right in front of me, which is the family I had.”

And I think the weight that it put on Ashton — you know, it’s kind of a natural thing to pull back when somebody’s, you know, clinging too tight,” she added. Demi noted that these fertility issues triggered her old fears of not being wanted and not being viewed as desirable. “I think part of it is we’ve been conditioned societally to look at the value of — a woman being tied to her fertility…Like, what would an older woman have to offer?” These issues were too much for her to handle. After almost 20 years of sobriety, she began to drink again.

After she began drinking again, she learned that Ashton had cheated on her, which only exacerbated her substance abuse. Her addictions alienated her from Rumer and Tallulah Willis, the daughters she had with ex-husband Bruce Willis. She would regain her sobriety when she neared 50, and she would repair her relationship with her daughters.

“In retrospect, what I realized is that when I opened the door [again], it was just giving my power away,” she told Harper’s Bazaar when discussing this miscarriage. “I guess I would think of it like this: It was really important to me to have natural childbirth because I didn’t want to miss a moment. And with that I experienced pain. So part of being sober is, I don’t want to miss a moment of life, of that texture, even if that means being in some pain.”