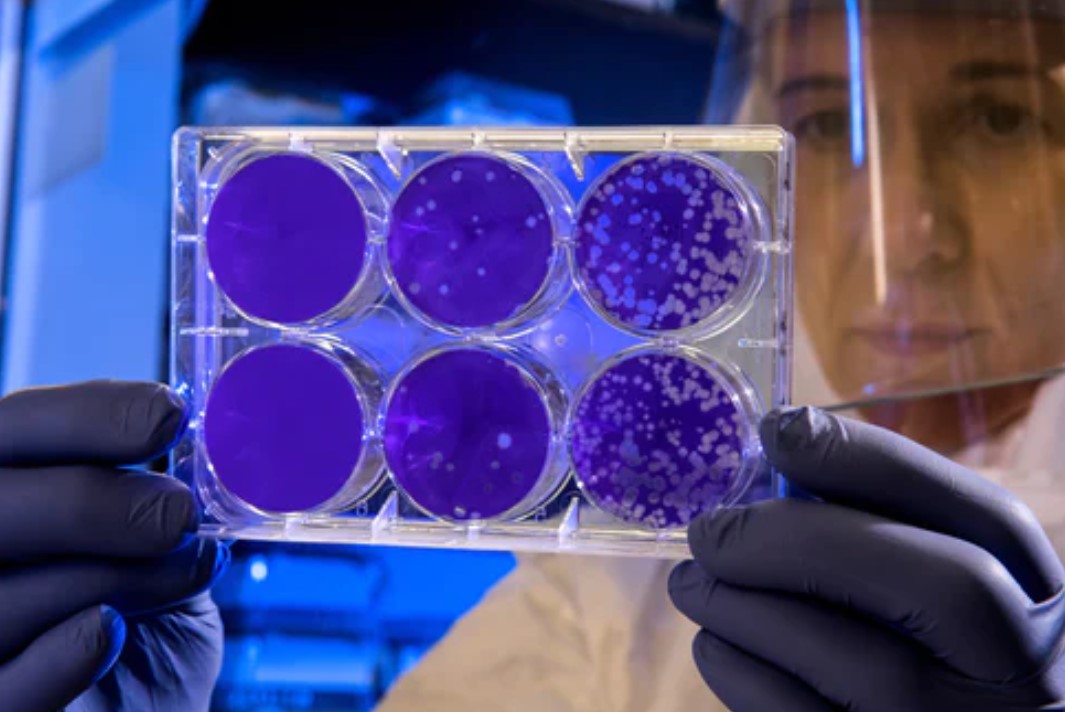 News about the coronavirus outbreak that started in Wuhan, China, is changing rapidly. The respiratory infection, which is closely related to SARS and MERS, has been spreading across China, and cases have been diagnosed in several other countries, including the United States. We’ll provide the latest updates on cases, deaths, travel restrictions, and more here.

What is the latest news?

The number of confirmed U.S. cases of the new coronavirus hit double digits on Sunday as San Benito County, CA, announced a husband and wife are confirmed to be infected. The husband had recently traveled from Wuhan, China, although the wife did not. She caught the virus from him, county officials said. The couple, both 57, are being isolated at home. Also this weekend, a Chinese man visiting the Philippines died Feb. 1, becoming the first coronavirus patient to die outside China.

The man was 44 and had been quarantined in isolation along with his female traveling companion, who also tested positive for the new coronavirus. The man developed both pneumonia and the flu while in the hospital.

Meanwhile, health officials this weekend also confirmed the seventh, eighth and ninth cases of the virus in the U.S. The ninth case involves a woman who had recently traveled to Wuhan and then to Santa Clara, CA. She is being quarantined but never required hospitalization, Reuters reported. Her case is not related to another Santa Clara County case — the seventh confirmed in the U.S. — where a man had recently returned from Wuhan and lives in Santa Clara County, in the San Francisco Bay area

The eighth case is a man in his 20s from Boston who had just returned from Wuhan, according to the Massachusetts Department of Public Health. He will remain in isolation until cleared by health officials. Worldwide the number of cases has passed 17,000, the majority of them in China, and the number of deaths is 362. All but one of the deaths have been in China, according to the European Center for Disease Prevention and Control. In the U.S., foreigners who have traveled to China in the past two weeks will be barred from entering the the country, the government said Friday, as the White House declared a national public health emergency over the new coronavirus.

As part of that proclamation, any citizen returning to the U.S. who has been to Hubei province in China in the past 14 days will be under mandatory quarantine for 14 days, which is thought to be the incubation period for the virus. Any citizen who’s been to the rest of China within the past 2 weeks will get a health screening when they get back to the U.S. They’ll then be asked to self-quarantine for 14 days. Their movements will be monitored.

“The actions we have taken and continue to take compliment the work of China and the World Health Organization to contain the outbreak within China,” Health and Human Services Secretary Alex Azar said.

“This is a significant global situation, but I want to emphasize at this time that the risk to the American public is low,” said CDC Director Robert Redfield, MD.

These are the first federal quarantine orders issued in 50 years, the last coming in the 1960s for smallpox evaluations, CDC officials said.

How many people have been diagnosed with the virus, and how many have died?

According to European CDC, the majority of the confirmed cases — more than 17,000 – are in China. Another 300-plus are confirmed outside of China in 24 countries. These include: Thailand, Japan, Singapore, Taiwan, Malaysia, South Korea, United Arab Emirates, Vietnam, Cambodia, Nepal, the Philippines, India, Sri Lanka, Germany, France, Italy, United Kingdom, Russia, Finland, Spain, Sweden, United States, Canada,  Australia and Macau.

What do we know about cases in the United States?

The 11 U.S. cases are in Illinois, Washington, California, Arizona and Massachusetts. The CDC in total has 241 persons under investigation for coronavirus from 36 states. In addition to the 7 confirmed positive, 114 have tested negative. The man in the case from Santa Clara County was never sick enough to need hospitalization, health officials said. He is in stable condition and is “self-isolating” at home. On Thursday, a man in Illinois became the first case of person-to-person transmission of the virus in the U.S, the CDC said. He is the husband of a Chicago woman diagnosed with the virus after returning from Wuhan. He is hospitalized in isolation and is stable. His wife, who is in her 60s, is also in isolation and in good condition. The Chicago Department of Public Health reported that she had visited China in December and returned to Chicago earlier this month.

In all other U.S. cases so far, patients had recently traveled to Wuhan.

In addition to the Santa Clara county patient, California has four others: one in Los Angeles County, one in Orange County and a married couple in San Benito County. The patient from Orange County is a man in his 50s. He is in a local hospital in isolation and is in good condition, according to the Orange County Health Care Agency. Los Angeles County officials did not provide additional details about the patient there. Arizona’s Department of Health Services said its patient is a Maricopa County resident and member of the Arizona State University community who did not live in student housing. The patient is not severely ill and is being kept in isolation.

The first U.S. patient is a man in his 30s from Washington state. He had traveled from Wuhan and entered the country before the screening was in place. He started having symptoms and contacted his doctor. He is in good condition and is in isolation at Providence Regional Medical Center.

The CDC is prioritizing the testing based on a person’s risk.

Nancy Messonnier, MD, Director of the agency’s National Center for Immunization and Respiratory Diseases, said they had posted the blueprints for their diagnostic test on a public server and were working “as fast as we can” to get test kits out to states. Right now, all the testing for the new coronavirus is taking place at the CDC’s headquarters in Atlanta.

What are public officials doing to contain the virus?

The World Health Organization (WHO) declared on Jan. 30 that the 2019-nCoV outbreak is a Public Health Emergency of International Concern, or PHEIC.

The U.S. has also declared the crisis a public health emergency.

The U.S. is banning any foreign visitors who have come from China from entering the country. All U.S. citizens who have visited China’s Hubei province in the past 14 days will face mandatory quarantine  for 14 days. Other visitors returning from China will be screened and asked to self-quarantine for 14 days. The State Department has issued a level 4 travel advisory telling people not to travel to China because of the outbreak. Anthony Fauci, MD, director of the National Institute of Allergy and Infectious Diseases, said the strict precautions are warranted because of “the issue now with this is that there are a lot of unknowns.”

He pointed out that the number of cases “has steeply inclined each and every day.”

We now know for certain that a person without symptoms can transmit the disease, Fauci said.

On Jan. 31, the CDC issued federal quarantine orders for all 195 U.S. citizens who recently returned to the U.S. after living in China. The quarantine will last 14 days from the date the plane left Wuhan.

The CDC’s move follows a quarantine issued by Riverside County, CA, after one of the passengers tried to leave March Air Reserve Base Wednesday morning without being cleared by health officials.

“This legal order is part of an aggressive public health response, the goal of which is to prevent, as much as possible, community spread of this novel virus in the United States,” said Nancy Messonnier, MD, Director of the CDC’s National Center for Immunization and Respiratory Diseases.

“If we take strong measures now, we may be able to blunt the impact of the virus on the United States,” she said.

Better to over-prepare, she said.

“We are preparing as if this were the next pandemic. But we are hopeful still that this is not, and will not be the case.”

Health officials also clarified the distinctions between isolation and quarantine. Isolation is used to keep a person who’s already sick from infecting others. Quarantines restrict the movement of someone who is exposed, but not yet sick.

In the U.S., the number of airports that will screen passengers from China for symptoms has expanded to 20.

Chinese officials have shut down all public transportation to many of the affected cities, affecting millions of people. The first was Wuhan, which has a population of about 11 million. In Wuhan, that includes buses, subways, trains, and the airport.

When did the outbreak start?

Is travel to China safe?

The U.S. State Department issued a level 4 travel advisory telling people not to travel to China because of the outbreak. Some cities in China, such as Wuhan, are closed to travelers. Several airlines, including Delta, United and American, have announced they are ending service to China until the outbreak wanes. But, commercial flights continue to come and go between the U.S. and China, and the CDC said it was currently evaluating whether or not to restrict the movement of passengers coming in on those flights.

“At this point we’re evaluating the appropriate strategy in light of the new information. There’s really nothing new to share at this point,” said Martin Cetron, MD, Director for the Division of Global Migration and Quarantine at CDC.

Travelers who do go should:

What are the symptoms, and how is the virus diagnosed?

China created a test for the virus and shared that information with other countries. The CDC has developed its own test. Symptoms include a fever, coughing, and shortness of breath. They may appear 2 to 14 days after you’re exposed to the virus.

What is the source of the virus, and how is it spread?

Health officials are not sure of the source of the virus yet or how easily it can spread. The virus can spread from person to person. A new case report published in the New England Journal of Medicine, describes how a woman from China infected 4 co-workers at a German company before she showed any symptoms of the disease herself. The CDC believes that severe acute respiratory syndrome (SARS) and Middle East respiratory syndrome (MERS), two other types of coronavirus, are spread through droplets when someone coughs or sneezes.

Coronaviruses are found in many different animals, including camels, cattle, cats, and bats. One research paper also suggested snakes as a possible source. The new virus may be linked to a seafood and live animal market in Wuhan that has since been closed.

Is there a vaccine?

There is no vaccine, but the National Institutes of Health is working on one and hopes to begin testing in several months. That testing would be for safety. If it’s safe, there would be testing to see how well it works.

How is it treated?

There is no specific treatment for the virus. Patients are generally given supportive care for their symptoms, such a fluids and pain relievers. Hospitalized patients may need support with breathing.