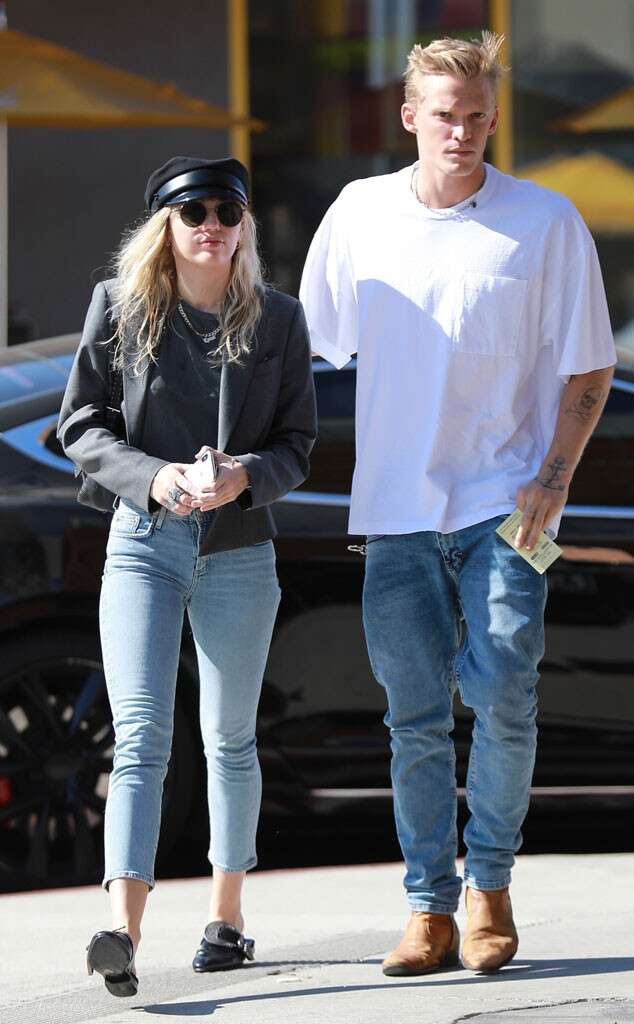 Cody Simpson Weighs In on His Baby Plans With Miley Cyrus

During an interview with Australian podcast The Kyle and Jackie O Show, Simpson gave an update on his relationship with the “Slide Away” singer, which included him answering a question about his plans for the future. After some talk about his life and upcoming projects (he has a poetry book, Prince Neptune, coming out April 7), host Kyle Sandilands asked the Australian crooner a pretty blunt question.

“Do you want babies?” the host wondered.

In response, the singer laughed and said, “None yet, mate.”

Co-host Jackie O then mercifully interjected with a question about his lady love. “How’s everything going with Miley?” she said.

As he replied, “Yeah, it’s great. We’re amazing. No complaints.”

Although he and Cyrus have pumped the breaks on their PDAs and despite split rumors, the pair is still going strong.

Cyrus—who reached a divorce settlement with Liam Hemsworthin December—recently showered Simpson in gifts for his 23rd birthday on Jan. 11, one of them being a doctor bag from the 1800s inscribed with his writing alias, Prince Neptune. She also gifted him a vintage pocket watch and chain from the same time period.

On her Instagram Story, the Disney Channel alum gushed over her “best friend.”

“Happy birthday to my best friend in the entire world @codysimpson. I love you and our pirate life!”

In another story, she wrote, “Happy birthday to my favorite human to get weird with on the entire earth. @codysimpson I [black heart emoji] u.”

Clearly, these two are still very much in love. But that’s about it for now.