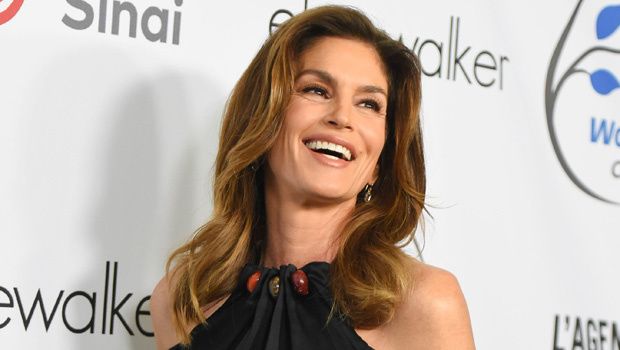 Cindy Crawford held her own against models half her age like Stella Maxwell in a stunning astrology photo shoot where she repped Pisces in the sexiest of ways.

Being pretty for a good cause. Cindy Crawford, 53, joined several other models including Irina Shayk, 34, Candice Swanepoel, 31, and Stella Maxwell, 29, for Carine Roitfeld‘s new CR Calendar 2020 which made its official debut on January 15. The “wearable calendar” is a limited edition collection of 12 sustainable tees featuring 12 supermodels in their star signs, with all proceeds going to different charities. Cindy’s version, which she showed off on her Instagram the same day (SEE PIC HERE) showed her looking ethereal in a revealing white outfit while she posed underwater. Her charity of choice for anyone that buys is the Woman’s Guild Cedar-Sinai, which has been inspiring innovation and supporting world-class healthcare and research for over sixty years.

Cindy also posted a video promoting the calendar in the same outfit where she appeared absolutely stunning amid the aquatic fantasy shoot. Fans agreed, as they lined her comments section with compliments including, “Gorgeous!” and “Incredible!” Some even confused her for her daughter Kaia Gerber, 18, as they noticed the similarities after taking a quick peek at the photo and clip. Other models featured in the calendar include legends like Alek Wek, 42, Carolyn Murphy, 45, and RuPaul’s Drag Race alum Miss Fame, 34. 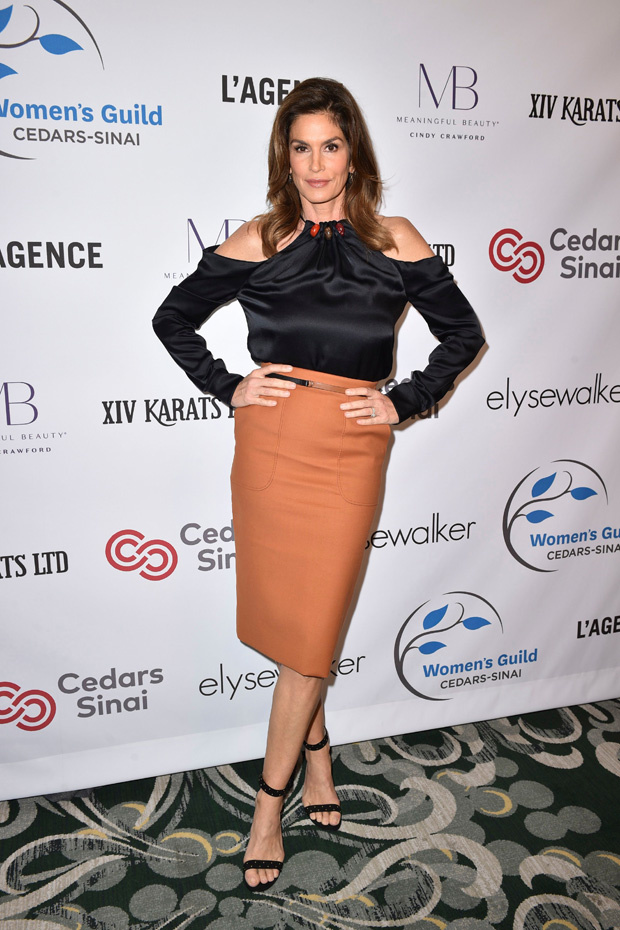 Kaia and her mother twinning is nothing new as they’ve looked identical to one another for years now. The stunning duo looked alike once again when they stepped out for a night on the town at the A Sense Of Home charity gala in Beverly Hills on November 1. Cindy sported a black over-the-knee dress with an animal print pattern, a leather jacket draped around her shoulders and a classic pointy pump. Kaia, meanwhile looked beautiful in a sizzling top and embellished bell bottom dress pants with a white blazer for their fun evening out.

“From day one, people in the industry were often taken aback by my resemblance to my mom,”Kaia said in the October 2019 issue of Vogue. “As I get older, it happens even more, and it’s not just a visual thing: It’s everything from our mannerisms to our voices…It used to be that I didn’t see it at all, but now I will look at a picture and have to take a moment before realizing which one of us it is,”