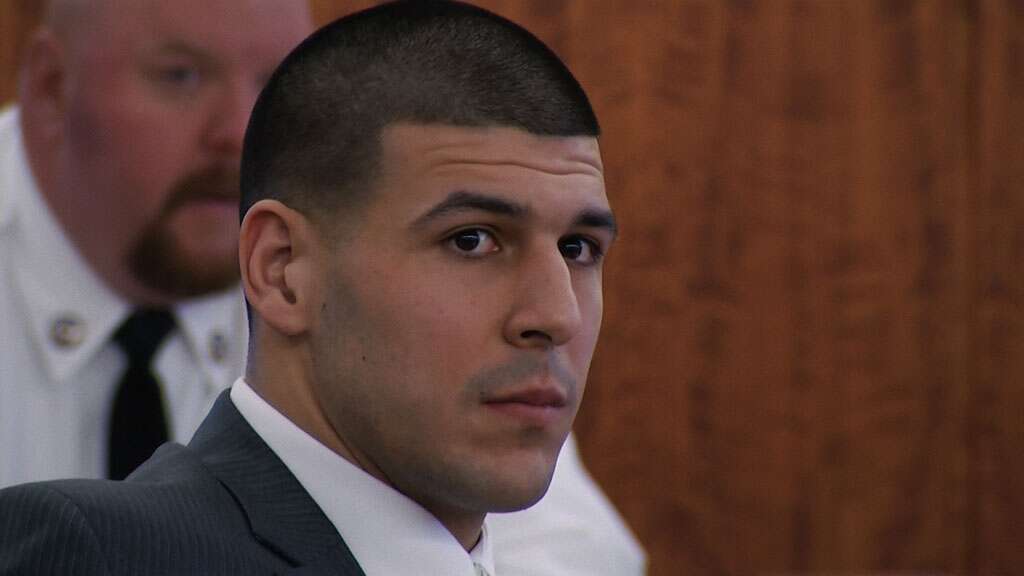 Shayanna Jenkins-Hernandez is taking a social media break amid the release of Netflix’s surprising documentary series about her former fiancé, Aaron Hernandez. On her Instagram on Thursday, Shayanna appeared to address Killer Inside: The Mind of Aaron Hernandez, which breaks down the late football player’s life leading up to his suicide in 2017.

Speaking directly to her followers, the mother of two wrote on the social media site, “I wanted to let all of you sweet sweet souls know I have tried to read every message sent on IG and through email (positive and negative) …  The amount of support and positive energy is again unreal! I’m sure you will all understand how imperative it is to take some time away from social media.”

In addition to the message, she wrote “#StayHumble.”

While the 30-year-old did not specify what she was referring to, it would be fair to assume that her name has been popping up on social media frequently since the release of the docu-series on Jan. 15. Outside of social media, the series undoubtedly brings up painful memories for her.

On Jan. 15, Shayanna posted an inspirational quote on her Instagram that was all about staying strong.

The mother of two was engaged to the former New England Patriots player at the time of his death in 2017. Aaron is the father of Shayanna’s eldest daughter, Avielle Janelle Hernandez. Jose Baez, Aaron’s former attorney, also reacted to the documentary series.

In a heated Instagram post, the lawyer wrote, “I don’t give a damn about what some lame ass documentary has to say about Aaron. I knew him, they did not and while he was far from perfect, they are not even close to the truth.”

As Baez continued, “People have no idea how documentaries are made, the truth is usually found on the cutting room floor. These producers lied directly to my face, so I don’t expect their money making scheme to be much better.”

The athlete was previously convicted of first-degree murder and sentenced to life in prison without the possibility for parole for the death of Odin Lloyd. He was also accused of killing two men in a drive-by shooting shortly after the Lloyd case was closed. Aaron hung himself in his prison cell five days after he was acquitted in 2017.

Netflix’s new crime series breaks down the former NFL pro’s difficult childhood (he was sexually abused by a male babysitter when he was young, among other hardships), his advanced chronic traumatic encephalopathy (CTE) that is believed to have influenced his violent behavior and his apparent struggles with his sexuality.