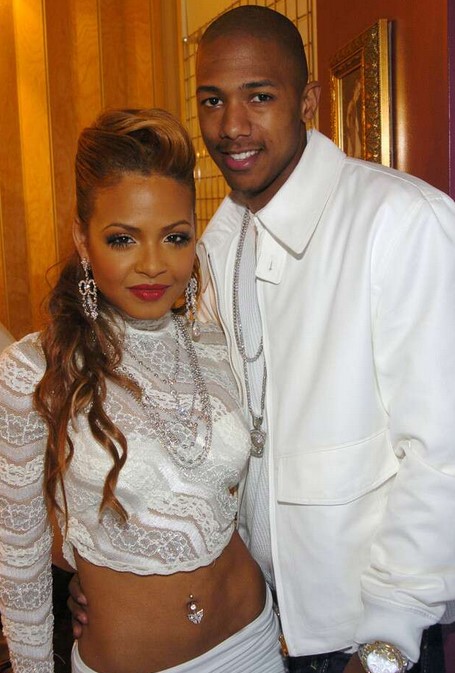 Attention any and all men in relationships: Ladies always find out the truth. Back when Christina Milian was dating Nick Cannon, she thought things were going well. They were living under the same roof, had great chemistry and plenty of trust. But while sitting down with Justin Sylvester for E! News’ digital series Just the Sip, Christina looked back on the time she hacked into her man’s phone. Spoiler alert: She didn’t exactly like what she saw.

“When I was dating Nick Cannon, the password somehow worked on the first check and I was right and the next thing you know, I was reading for like a month. I was reading messages,” she shared. “I was stuck in Romania. I had time. I cannot bust him when I am away. I need to bust him in person so in the meantime, I’m going to get my intel, make sure this is for real for real and it was for real so it was enough.”

As for why she didn’t confront her man when she first developed suspicions, Christina said she had a hard time imagining a split from her “first love.”

“We were just so close that I think at that time, I couldn’t deal with the idea that if we ended up breaking up, I wasn’t going to get to see him again. So I wanted to be able to see him in person, go over it—not like it would change anything—but part of me was like he was my first love. It was unreal that it was happening,” she explained. “He was living at my house. Right under my roof this is happening? It just kind of blew me away. “

In a radio interview, Nick would apologize directly to Christina. “If I didn’t say it before, I do apologize,” he shared. “I’m sorry for the things that I did. We was young. I was young, I was silly.”

And after so much time has passed, Christina doesn’t appear to hold any grudges.

“It is what it is and obviously it wasn’t meant to be and I’m sure he’s maybe changed his ways I’m sure,” she shared. “We all grow up.”

That growing up includes a whole new relationship and multiple businesses that continue to grow. In addition to working on her House of Fine Gold jewelry with George the Jeweler, Christina stars in the Netflix film Falling Inn Love streaming now. She’s also preparing to expand the family by welcoming her first child with boyfriend Matt Pokora.

“He’s the one. I definitely feel that with him,” she gushed to Justin. “We made a baby together, which I’m excited about but I never imagined I’d be halfway across the world and meet this handsome, amazing person at a restaurant and my life would change like that. I did pray for that.”