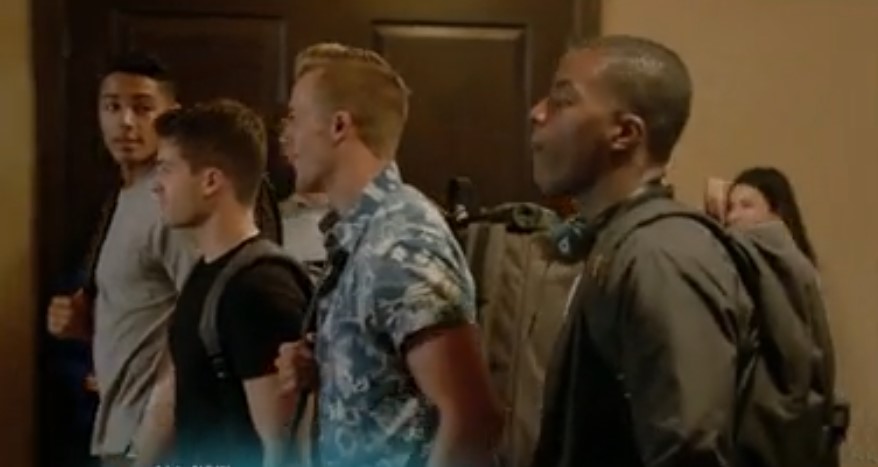 Spencer’s (Daniel Ezra) got a hell of a choice to make in season two of All American. E! News has your exclusive first look at season two, which finds the football star considering staying at Beverly Hills High, where he just led the football team to a championship win, or following his dad back to his old school, South Crenshaw.

“I just don’t understand why everything’s gotta be so hard,” he says in the beginning of the trailer.

From the looks of it, no one’s thrilled about the fact that he’s even having trouble deciding, and Spencer’s truly torn. It also doesn’t help that coach Billy (Taye Diggs) appears to have resigned from his job as the Beverly Hills coach, and he doesn’t look like he’s doing too great.

Billy is also facing the prospect of possibly being the father of Spencer’s younger brother, which is a whole other can of worms. Ezra and Diggs earlier this summer to talk about what’s coming up in season two, Ezra says things are going to get real wild and dark over the course of the season, which is exactly what he was hoping for.

“I love messy endings like that,” Ezra says of the way season one ended. “It would have been so tragic to end it like that and not have a season two. But I’m so glad we get to come back and actually start answering those questions. I hope…I just want it to get really, really messy.”