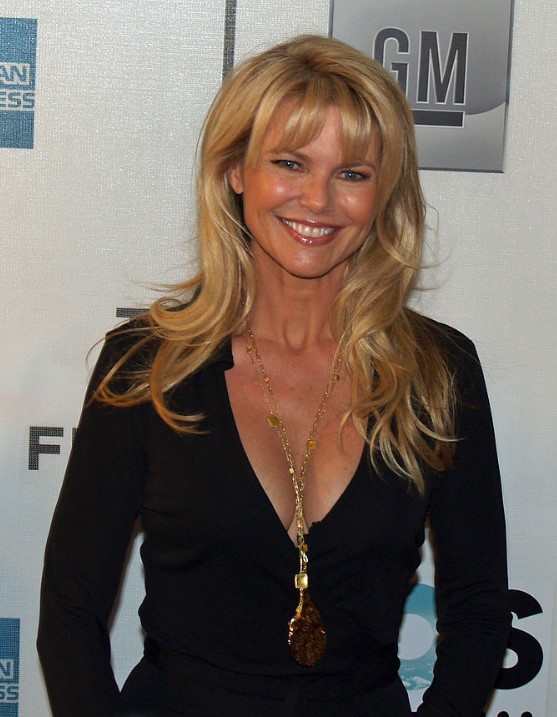 Wendy Williams, take note. After she accused Christie Brinkley of ‘faking’ the injury that took her out of ‘DWTS,’ the supermodel clapped back – and brought he receipts to prove her that her injury is legit.

After Christie Brinkley, 65, pulled out of Dancing with the Stars after hurting her shoulder and wrist, Wendy Williams, 55, said that the supermodel’s injury looked “fake as hell.” Christie finally got a chance to address Wendy’s comments on the Sept. 19 episode of The Talk. Needless to say, she was quite hurt by Wendy’s comments. “[Wendy] started this rumor, which was stunning to me, because I had been on her show a few times and, for some reason, she liked me, and she would call on me and support on her in tough times,” Christie told The Talk’s hosts.

“I thought it was a mistake when someone told me this [Wendy starting rumor],” Christie added. Christie shared a story about how she — while working in the 2019 Las Vegas production of Chicago — reached out to Wendy during those “tough” times, and the advice she gave the talk-show host. (“Don’t let the fear keep you from experiencing something.”) After this, Christie squashed any notion that she was “faking” her injury by showing the actual x-ray of her injury. The picture showed bruising all the way up her arm, as well as the immense break.

It was then when host Sharon Osbourne, 66, asked Christie what she wanted from Wendy. “It’s so much more fun to be kind. Try it. I say it to all the people — it can’t feel good to try and hurt other people. If it feels good, something is seriously wrong,” she said. “Love more – especially now.” The whole ordeal had obviously taken quite a toll on Christie. When she started talking about how her daughter, Sailor Brinkley, 21, stepped in to replace her on DWTS, Christie began to tear up. “I felt so embarrassed when I did this. I’m 65, and I wanted to show and don’t stop, let’s keep having some adventure.”

After Christie pulled out of DWTS, ABC released footage from the Sept. 13 rehearsal where the supermodel injured her wrist and shoulder. Wendy played the footage on the Sept. 16 episode of her talk show, and claimed the injury video “looked fake as hell … Let me tell you what I see. What I see is a 65-year-old hot stuff who looks like if you’re going to fracture anybody you should’ve said the tailbone ’cause I don’t see a wrist and a shoulder being fractured. But that was real cute.”

Wendy faced an immediate backlash over her comments, especially from Sharon Osbourne. “What is it within you that is so dark that you can’t seem to get it out, when the world shows you love and wishes you well? You are so dark inside, so mean, constantly. It’s like, I have to say, I feel bad for [Wendy.] I feel bad for people that have this anger, this nastiness inside them,” Sharon said shortly after Wendy’s remarks.