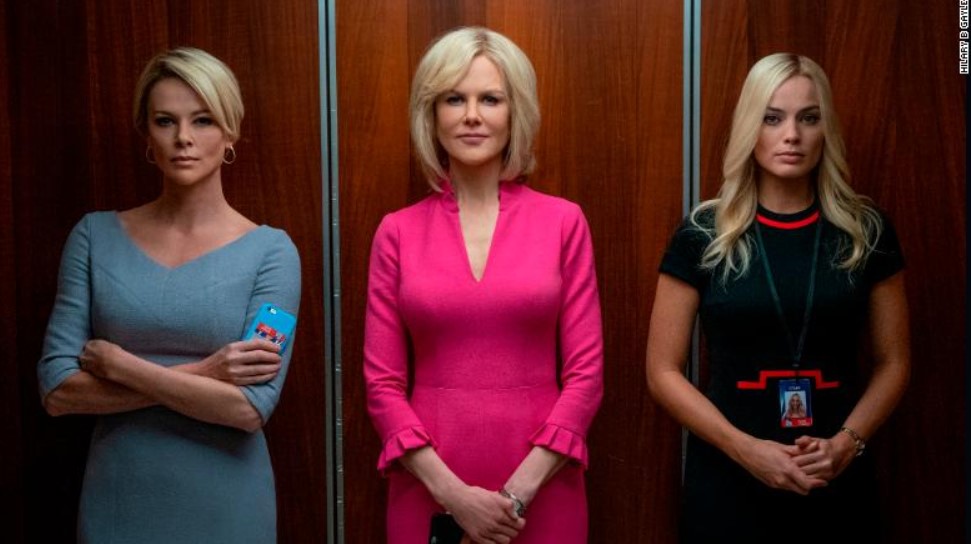 Charlize Theron had some doubts about playing Megyn Kelly in ‘Bombshell’

Charlize Theron is someone who dives into the characters she plays with everything she’s got — whether its an infamous female serial killer or a glossy anchorwoman. Playing former Fox News anchor Megyn Kelly, however, presented an internal challenge for Theron unlike she’s experienced before.

“This was not a person who was easy for me to wrap my arms around,” Theron admitted Friday night at a panel in Los Angeles following a screening of “Bombshell,” the film about the fall of Fox News founder Roger Ailes and the experiences of some prominent women at the network.

Much has been said about Theron’s physical transformation into Kelly, particularly her ability to capture Kelly’s manner of speaking and overall demeanor. But the actress said it took her roughly two months to look beyond the news persona she knew.

“From afar it looks like we have nothing in common — obviously, I’m a liberal and a lot of these women have said things that have been deeply upsetting to me,” Theron said. “But at the same time, as a woman, understanding what each of them went through and understanding what Megyn was facing, especially in those two weeks where she didn’t step forward and she didn’t support Gretchen [Carlson], that’s when I emotionally tapped into her because I started to see similarities between us, dare I say that.”

In the film, Nicole Kidman plays Carlson as she wages a legal war against Ailes, played by John Lithgow.

After Carlson’s suit became public, Ailes went on to be accused of sexual harassment by multiple women, including Kelly, in a scandal and turning of the tides that took down the now-late executive and host Bill O’Reilly (both men denied all the allegations).

“I saw a woman with ambition, with drive and all of a sudden I realized, ‘S–t, this is the kind of stuff that’s been weaponized against me. I relate to that,'” Theron said. “That’s when it became clear to me just how important this story was. Because if we can see the power of the message through someone who we may not agree with or somebody who might even anger us, that tells you there’s something real there.”

Taking on the role was not a decision without second guessing, Theron said. In fact, she joked that she was “s— scared” and once called up the director and asked, “Am I f—ing crazy?”

He assured her she was not, she said. And they collaborated on finding Kelly’s emotional center.

“She’s tricky in the sense that there’s so much footage…there’s a lot you can see on Megyn Kelly, but it’s always in that lawyer-y and journalist format,” she said. “You kind of have to decipher what her emotional capacity is or how she would express her emotional experience because she doesn’t necessarily do it the way I naturally do it. It’s very, very different from how I function.”

In “Bombshell,” Margot Robbie also stars as a young producer who looks to have a future on camera. The fictional character’s storyline, filmmakers said, was inspired by the experiences of multiple real-life women.

Ultimately, Theron said, “I have nothing but respect for each and every one of them, for what they stood up for, what they risked.”

“They were ostracized, lost their jobs, most of them never worked again. These are things that we can, in the comfort of this theater, say we would do, but I don’t know if we really would,” she said. “So in that sense, I’m grateful for what they’ve done. They catapulted us.”