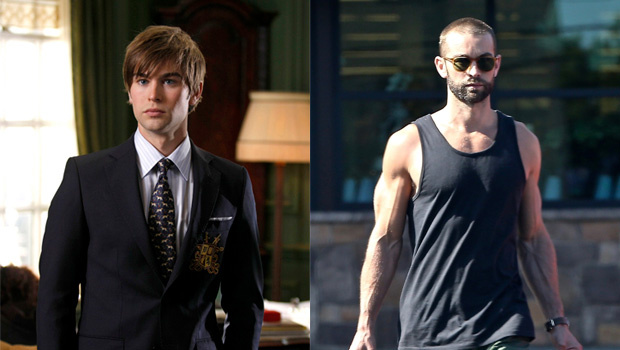 We don’t know if Chace Crawford’s arms could still fit into the St. Jude’s School for Boys blazer. The Gossip Girl star’s veins were practically bursting out of his biceps as he carried a couple of Gelson’s bags while strolling outside the supermarket’s Los Feliz location on July 17! A fitted tank top also highlighted his bulky deltoids, traps, and all those essential muscles that make up a classic hunk. Also gone was his long, floppy hair from the aughts — we’re not dealing with the preppy Nate Archibald anymore!

It makes sense that Chace would no longer look like his iconic Upper East Side character, because he’s not joining the Gossip Girl reboot. WarnerMedia announced the spinoff on the same day Chace went grocery shopping, which will be a straight-to-series order for WarnerMedia’s new streaming service, HBO Max. Chace’s original co-stars like Leighton Meester and Blake Lively are also not reprising their roles, as the new show takes place eight years after the Gossip Girl finale and follows a new set of “New York private school teens who are introduced to the social surveillance of the Gossip Girl site,” according to our sister publication Variety. Expect social media to heavily influence the new storyline!

Chace was also seen alone at the grocery store after recently splitting with his girlfriend of three years, Rebecca Rittenhouse, 30, according to a Us Weekly report that surfaced on May 1. He’s not entirely lonely, however, as The CW star did admit that he had been “dating around” although he hasn’t engaged in anything “serious.” Too busy focusing on his gains, we see!

Chace now plays a superhero in the Amazon Prime Video series The Boys, explaining why he’s especially swole these days. The show will premiere on July 26!