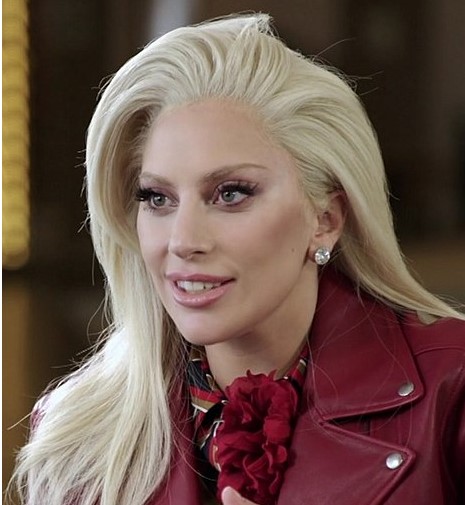 Céline Dion is the ultimate Little Monster. The superstar loves her some Lady Gaga—who doesn’t?—something we learned back in December, when she was spotted living her best life at Gaga’s “Enigma” concert in Las Vegas. (She danced, she fist-bumped, and she screamed those lyrics like her life depended on it.) We’re here with an update: Dion’s Gaga obsession continues, this time with the chanteuse penning an entire essay dedicated to the A Star Is Born Oscar winner.

Gaga was chosen as one of the most influential people in the world for the new Time 100, and Dion wrote the accompanying article in honor of the singer. “She’s definitely one of the most inventive artists we’ve ever seen. Her artistic expression has no rules, no boundaries,” Dion gushed. “When she first came on the scene with her outrageous style, she didn’t care what the critics said. She marched to the beat of her own drum, knowing that her message of individuality was a way to express her inner strength.”

Dion continued, “What makes her even more special, and such a powerful influence on society, is that she empowers her fans to adopt the very same values in their lives — to stand up for what they believe in, despite what others might think. . . Whether it’s her unstoppable support for the LGBTQ community, or her anti-bullying campaigning, Lady Gaga’s voice is being heard where it really counts.”

The Gaga-Dion bond is Hollywood’s latest #friendgoals couple that you just can’t help but be obsessed with; their mutual affection feels authentically gushy. Maybe it’s even surpassed that of Jennifer Lawrence and Amy Schumer, who are currently working on an untitled joint project and have even jet-skid together; or JLaw and Adele, who both recently went dancing at a gay bar in New York City. (Major FOMO.) Dion and Gaga love affair also shows that two A-list divas can get along after all. No Mariah Carey-style “I don’t know her”s here.