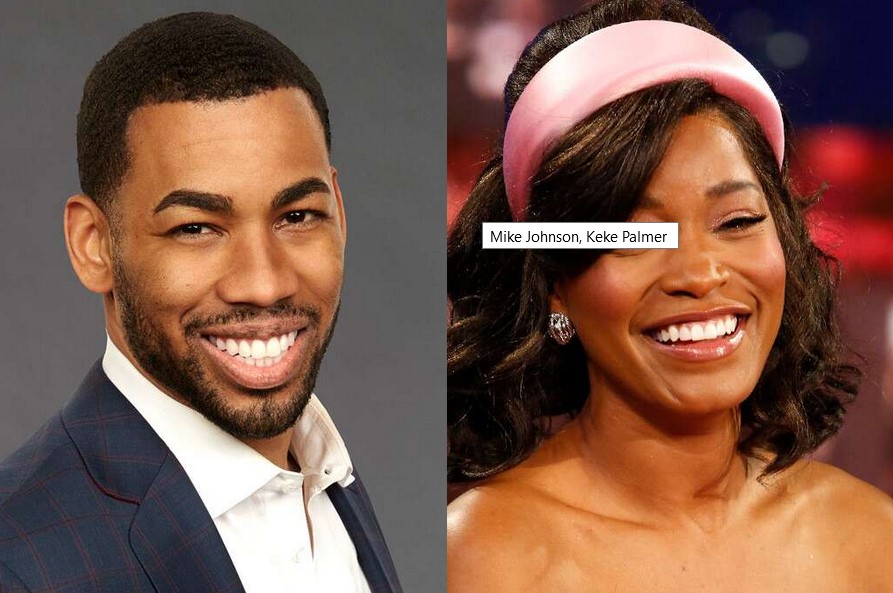 Mike Johnson has made the rounds since first coming on the scene as a contestant on The Bachelorette and has made it clear he has no problem expressing his interest in famous ladies. Most recently he was linked to Demi Lovato, but it looks like he’s back on the market and ready to find love.

On Monday morning’s edition of Strahan, Sara & Keke, Mike made his intentions known with the newest addition to the show, actress Keke Palmer. After asking about his recent rendezvous with Demi, Mike quickly changed the topic to him and Keke. “I made a mistake. I don’t like dating in public,” he shared. “But if I were to ask you if we could go on a date in the public…” Mike couldn’t even finish his thought before the audience cheers drowned him out!

Unfortunately for her, the two co-hosts played completely dumb and hilariously avoided eye contact with her until she answered. After teasing Keke to answer his question, Michael also revealed he has got a soft spot for both Demi and Keke.

“Mike, let me tell you something,” the former NFL star shared. “Demi’s my girl, I love this one here too now. You mess up and I’m coming for you. You don’t want that.”

Sara opted for a more motherly approach. “We approve,” she joked. Michael eventually came around to the idea as well and gave his stamp of approval. “You all look real good together sitting there,” he shared. “I ain’t gonna lie to you.”

Keke cleverly diffused the situation. “I’m at work,” she joked before moving to commercial break.

There may be a new, hot Hollywood couple on the horizon.