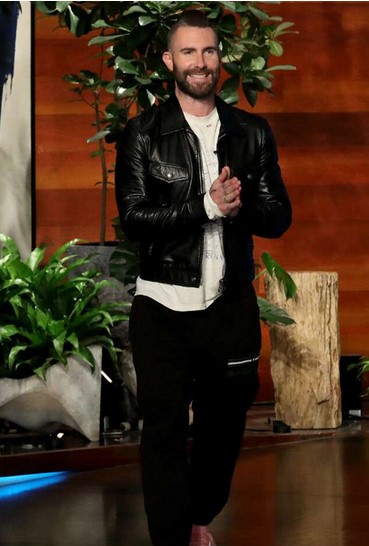 Adam Levine’s toughest critic also happens to be his littlest.  While the rest of the world may be fangirling over the Maroon 5 frontman and his vocal chops, daughter Dusty Rose, 3, is less than impressed. “You know, you’d think that she’d like it when I sang to her,” he mused on Monday’s The Ellen DeGeneres Show. “She doesn’t like it much. I wish I was lying.”

And it’s not like he hasn’t tried convincing her otherwise. In fact, he spent a whole day with the tot, strumming the guitar and belting out songs. “I was like, ‘Oh my God, it’s working. She’s loving this,'” he recalled to host Ellen DeGeneres. “I was, like, auditioning for my daughter, which is ridiculous. And finally, she just looked at me and touched the guitar and she was like, ‘Put that down.’ I was like, ‘Put that down? Cool. Sweet.'”

“It was the most humbling thing that’s ever happened,” he continued. “I don’t know if I have the courage to confront her again and perform music in front of her.”

Thankfully, he daughter Gio Grace, 20 months, appreciates his work. “The other one likes it,” he joked. “Dusty is the manager.”

Since announcing his departure from The Voice after 17 seasons, the Grammy winner has been clocking in plenty of time with his girls and wife Behati Prinsloo.

“I was just constantly working for so many years,” the 40-year-old admitted. “Very lucky, very fortunate, very blessed and all that but just to be able to stop in this moment and spend time with my new, young family and just have the greatest time ever. Now I’m just like a stay at home dad. I just say home and do very little. It’s great.”

And while they’re still unsure about stanning dad, he is proud to be their no 1 fan. “I’m obsessed with them,” the superstar raved. “I mean, I know that’s a good thing because they’re my children…That’s why I don’t do much because I love hanging out. I genuinely just like adore them in a way I never knew I could adore any little people.”

Needless to say, this love has taken a (positive) toll on him.