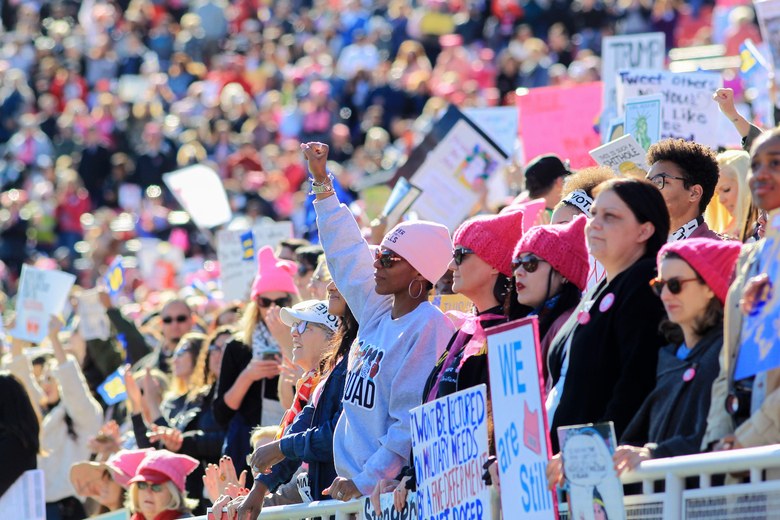 Actually, Now Is the Perfect Time for a Revolution

There is palpable anxiety—and even a hint of resignation—among Democrats when it comes to the potential of a second Trump term. New York Times columnist Thomas Friedman addressed those jitters on Wednesday in an aptly titled op-ed, “‘Trump’s Going to Get Re-elected, Isn’t He?’” The headline quotes the nervous people who have begun to approach Friedman, who himself doesn’t want Trump to get re-elected, but also believes there is reason for the freak-outs. Friedman’s takeaway from the recent Democratic debates: Trump’s many challengers are being too bold, too extreme, and too revolutionary with their policy proposals—including support for Medicare for All and decriminalizing illegal immigration—instead of rallying behind a simple plan to win.

“Dear Democrats: This is not complicated! Just nominate a decent, sane person, one committed to reunifying the country and creating more good jobs, a person who can gain the support of the independents, moderate Republicans and suburban women who abandoned Donald Trump in the midterms…and could do the same for the presidency,” Friedman argued. “But please, spare me the revolution! It can wait.”

This feels a bit like the editorial equivalent of telling a woman to “calm down.” Yes, Friedman actually seems to be suggesting Democrats fight Trump’s fire with…lukewarmth; that we respond to children in cages and Muslim bans, the erosion of women’s reproductive rights and hypocritical tax cuts to the wealthy by…keeping our cool. It’s a philosophy that simply doesn’t match the urgency and passion of the moment. It also ignores a powerful truth right in front of us: It’s too late to spare anyone the revolution because the revolution is already happening.

It’s been underway since the day after Trump was inaugurated, when an estimated 1 million people joined the first Women’s March. It continued with lawyers and other citizens rushing to airports to protest the Muslim Ban; with the mighty, youth-led March for Our Lives; with the doctors and the donations desperately trying to help the migrant families detained at the border. With the “pink wave” of the midterms, which Friedman cites as a model for success. People are pouring into the streets and screaming for their values; they—we—deserve candidates with a more ambitious vision than “spare me the revolution.” On the contrary, this is the perfect time to revolt.

Unlike Friedman, I’m not scared Trump is going to win because I’m already convinced—a full 16 months ahead of the election—that the Democratic competition is doing it wrong. Yes, there are a lot of people on that debate stage (as was the case for the GOP in 2016). No, I really don’t know what Marianne Williamson is talking about (even if I, like Alyssa Milano, appreciate her goal to bring more love to the political process.) It isn’t the so-called revolutionary policies being supported by the 2020 candidates—Elizabeth Warren’s many plans spring to mind—that scare me. It’s actually the sense that Democrats might not be bold enough in the effort to defeat Trump.

Friedman writes: “I was shocked by how feeble was front-runner Joe Biden’s response to the attack from Kamala Harris—and to the more extreme ideas promoted by those to his left.” On the first count, I couldn’t agree more. Now isn’t the time to be feeble, on the debate stage or off. But the knee-jerk impulse to default to Joe Biden as Democrats’ one true, white male savior—the only person who can possibly win heartland states and woo mythical moderates—feels as uninspired as Biden’s response. For all of his many (many) faults, Trump has been nothing if not bold—boldly racist, misogynistic, xenophobic, and hypocritical. But he’s proven that people are not moved by tepidity.

I understand, viscerally, just how deep the fear of a second Trump term runs and how fierce the desire is to end the national nightmare of his presidency by whatever means possible. Like Friedman, I hear, all too often, downtrodden Democrats hanging their heads and saying, “He’s probably going to win again.” We—the 3 million more people who voted against him—are protecting ourselves and girding for the worst. If America is a bad boyfriend who cheated once before, Democrats are the scarred girlfriends and boyfriends who don’t want to trust again. But now isn’t the time to be too scarred to put ourselves out there, to be spineless and sniveling and searching for the safe side. This moment demands big, bold, audacious vision. It’s time to take the revolution all the way to November 2020.