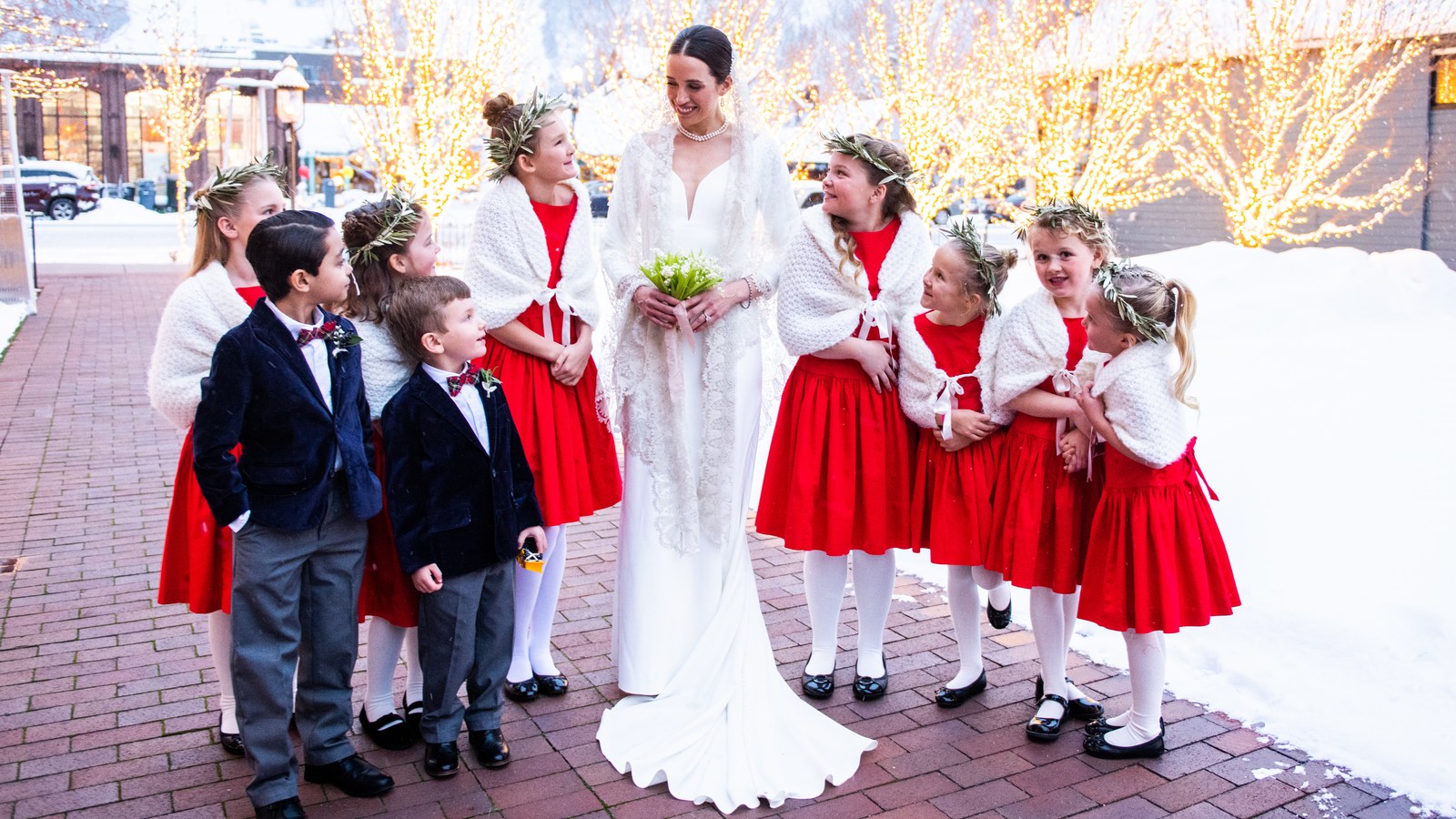 A blind date brought Etta Meyer and Ian McLendon together. “I was still the photo director of a magazine in New York,” explains Etta, now the editor in chief of Aspen Peak magazine. “I was contemplating my move out West, where my family is from. On a visit to Aspen over the Fourth of July, a friend suggested I meet Ian under the pretense that he would give me the lowdown on life in Aspen. She described him as a ‘a mountain man who knows what to order in a French restaurant.’ We met upstairs at Casa Tua. I can clearly remember him bounding up to me, and what he was wearing.” They had dinner on the deck and watched the fireworks over Aspen Mountain.

While that all sounds wildly romantic, the longer version of the story includes the fact that Etta had been in a car accident the night before, and as a result arrived at the dinner feeling completely frazzled. “Me driving a rental car, in the dark, in the backcountry with no cell service turned out to be a bad combination, and after taking a wrong turn, I drove the car off a small cliff and totaled it,” she remembers. An avid big game hunter, Ian knew the wilderness around Aspen intimately, so the next day he went looking for the car. He didn’t find it, but sent Etta a video of a bear prowling the area where the accident had happened. “Poor driving skills aside, he was apparently impressed that I had gotten myself out of the woods in one piece!” Etta jokes.

Etta moved to Aspen six months later, and she and Ian became friends. A few months after that, they started dating. Three years passed, and he proposed on New Year’s Day.

They’d been out skiing together, and when they got home Ian suggested they take the Snowcat and drive up the back side of Aspen Mountain to catch the sunset. It was freezing when they got there, so he built a fire. “He had collected the kindling, and asked me to help him start it by handing me a lighter,” Etta remembers. “It was a beautiful wooden box that was shaped a bit like a Zippo lighter. Ian is a gear nut, and I chuckled thinking how fitting it was that he owned some kind of bespoke hunting lighter. I handed the box back to him, saying I didn’t want to get sparks on my ski clothes—yes, I really said that!”

Ian insisted. “Etta, you need to learn how to light a fire!” he said. “This is a life skill—no, this is a survival skill! Open the box.”

“I opened it and no flame appeared, but there was something very sparkly inside,” Etta recalls. Then Ian was on his knees as the sun was setting, and she realized the box held a diamond ring.

When they got home, they called Etta’s parents. “I was actually leaving on a fishing trip the next day to Argentina with my mom and aunt for 10 days,” Etta says. “Mom was so relieved as Ian had asked my parents for permission before swearing them to secrecy. She was terrified he wouldn’t get around to it before the trip, and she’d be stuck with me for 10 days, all the while keeping the secret!”

The bride knew right away that she wanted to have the wedding at her church in Aspen, with the reception at Casa Tua. “Casa Tua is where we first met, and is owned by Ian’s good friends Miky and Leticia Grendene, who are incredible hosts. Being at their restaurant feels like being in a home,” Etta says.

Ian was once a competitive ski racer, and skiing is a big part of the couple’s lives, so they thought a winter wedding was the way to go. “The Christmas element was inspired by my oldest sister’s December wedding that happened when I was a little girl,” Etta says. “The town of Aspen gets totally decked out for the holidays with lights and decorations, and it’s also when my family used to visit our grandparents when they were alive and lived in Aspen in the winter.” Elizabeth Slossberg of EKS Events spearheaded the planning process, and Etta also tapped her brother, of Meyer & Meyer, to create the wedding website, invitations, and menus, among other special details.

After the engagement, Etta visited Ian’s old friends Lee Keating and Tom Bowers at their shop, Performance Ski. “In addition to running the coolest skiwear shop, several years ago Lee resurrected a vintage Swiss skiwear brand called Authier,” Etta explains. “She immediately suggested creating a custom Authier ski bride gown for me. She had an image in her head right away—the only challenge was figuring out how to create a skirt with appropriate drama that I would be able to ski in without tripping and breaking a leg. In the end, she decided to create a bustle system that worked perfectly. The look was a white, cropped jacket with an exaggerated fur hood, worn over a pair of white stretch pants. The skirt pulled over the pants and tied with a bow at the waist. It was made from the same waterproof material as the jacket and looked like a real gown!”

Etta’s parents live in Wyoming, so she and her mom decided to shop for her actual wedding dress in Denver, as it was the halfway point. “I had an inkling that I wanted to wear the mantilla veil that she had worn to her wedding, so asked her to bring it with her to the salon appointments. It was even more beautiful in person than I had imagined from the pictures. The antique lace was purchased by my great-grandmother—we believe it could date to the 19th century.”

It quickly became evident that the veil was the focal point, so they steered away from anything with lace or embellishment that would distract from it. “I already knew I wanted a streamlined silhouette, and—it being a winter wedding—sleeves, so that narrowed it down further.” They ultimately chose a dress by New York–based designer Kelly Faetanini, made of a heavy silk crepe, with a bit of boning in the bodice that gave it substance.

Because the dress was unembellished, Etta had fun with her jewelry: “With the ceremony and show happening in the evening, after dark, I wanted to feel appropriately glam,” Etta says. Her mom lent her a pair of diamond and sapphire droplet earrings that had belonged to her grandmother, which she paired with a double-strand pearl choker. Etta’s sister lent her a sapphire and diamond tennis bracelet for her “something blue.”

Etta decided to forgo having bridesmaids. Several of her cousins have young children, so instead she opted for seven flower girls and two ring bearers. “My mom and I searched high and low for a good Christmas dress that would work for the girls’ range of ages, and settled on a sateen red party dress from J.Crew,” she explains. “Mom had soft wool shrugs made from a supplier we found on Etsy to keep the girls warm.” Instead of carrying bouquets, they held candles, and accessorized with green Christmas wreath crowns.

The morning of the wedding, hairstylist Kendra Lauren and makeup artist Vanessa Vieni came to Etta’s room at the Hotel Jerome and worked their magic. Kendra did the bride’s hair in a low chignon, which worked well with the veil, set off the earrings, and stayed put all night.

Upon arriving at Christ Church in Aspen’s West End, the bride was quickly whisked downstairs. “Standing down there waiting for the church to fill up, and listening to the sound of everyone’s feet as they took their seats, with the music coming through the ceiling, was overwhelming,” Etta recalls. “My dad and I were the last to walk upstairs, and as we turned into the sanctuary I saw Ian’s huge smile and all was well.” The Reverend Wendy Huber presided over the traditional Episcopal ceremony and gave a charming “homilette” with fly-fishing metaphors throughout. “The church was glowing and packed to the gills,” Etta remembers. “And it was absolutely pouring snow outside when the service ended.”

Afterward, cocktail hour was held at Casa Tua. The father of the bride gave a touching welcome toast before the dinner, cake-cutting, and dancing. When it was time for the latter, DJ Kevin Joyal brought the house down. “The entire room took off dancing,” Etta says. “People were on tables. A conga line broke out. The flower girls were still dancing well after midnight.” 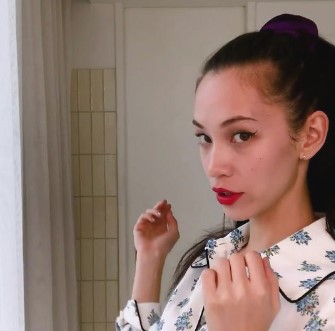 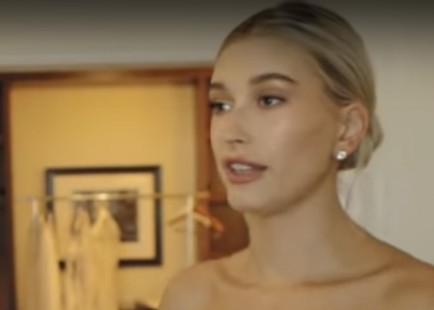 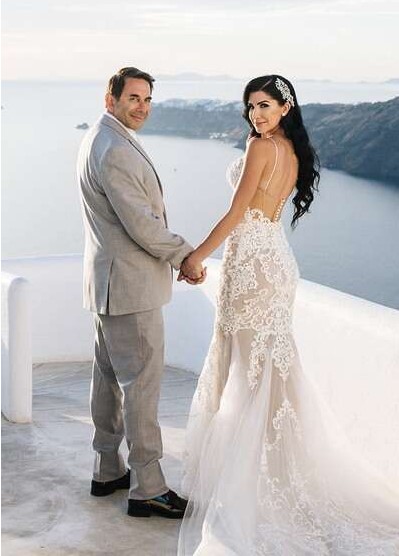 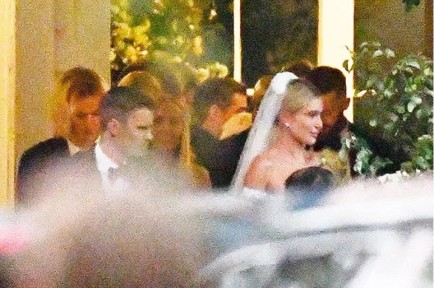 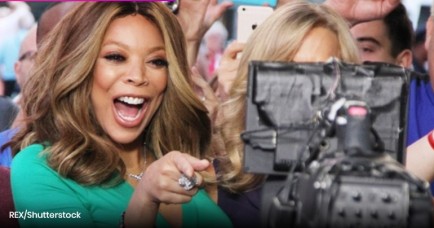